Not strictly a costume related thing, but something I thought I’d share with you.

I almost look forward to the trailers that herald the start of a new series as much as the episodes themselves.
Each year they have become more and more elaborate – and more and more exciting!

This is partly down to the background music that speeds up your heartbeat and adds to the anxiety of the fast cut action you are watching.
For me this was no mores in the trailer for part two of series six. I really like the bit around the point where Amy is battling the Handbots. 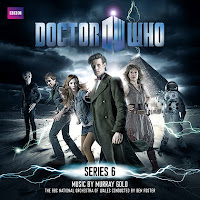 So I was keen to listen to it clean and unedited on the soundtrack CD when it came out – but the track was notably by its absence.

It was when I saw a trailer for Merlin, another BBC Saturday teatime series, using the same bit of music I started to wonder if this was actually library music rather than Murray Gold working his magic.

So I did some hunting around on the net – okay, I googled the question – and found out that the track concerned was actually by Two Steps From Hell, which from what I can gather compose library music for the specific intention of it being used in movie  trailers!
Their list of credits is pretty awesome, from Harry Potter, Indiana Jones, SpiderMan, Green Hornet, Avatar, Superman, Tron, Star Trek, Twilight, Batman – basically every high-octane blockbuster seems to use their music on their trailers. 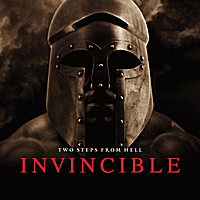 After doing a bit more digging I found the track is called Protectors of the Earth composed by Thomas J Bergersen from their album called Invincible.
It was easy to find on iTunes, where you can download the entire album as well as their previous works.
If you’re old fashioned, like me, you can also buy it as a in-your-hand CD from CDbaby.com or Amazon.com.

Here are the Doctor Who Trailers, and the Two Steps From Hell tracks they use.
If I find more I’ll add them.

Posted by Steven Ricks Tailoring at 08:14