A few days ago the BBC issued an official publicity still from the first days filming with Jenna-Louise Coleman.

It was nice to see the new companion with The Doctor and preview the chemistry between them – but my eye was drawn to the first decent view of the new aubergine-coloured frock coat.

Well yesterday and today further photographs from the same shoot have been released.
They show a little bit more detail. 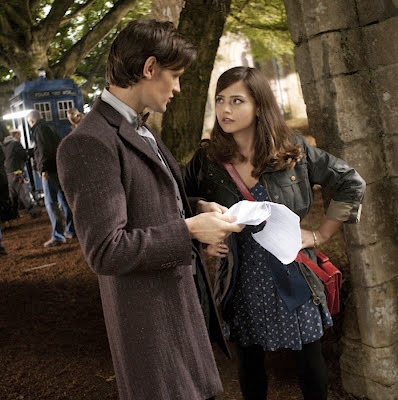 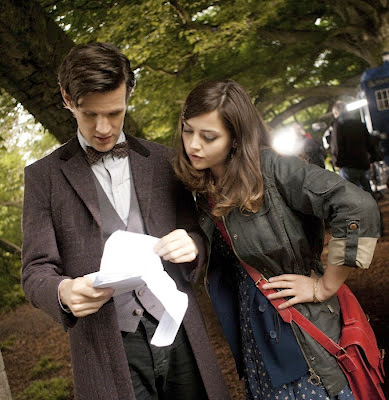 Posted by Steven Ricks Tailoring at 15:45