A Meeting of Doctors - episode 2

Last time on A Meeting Of Doctors, the Tenth Doctor found himself invited to a lone diner on an abandoned highway in the Utah desert.

In the second part of A Meeting Of Doctors from my massive Cardiff photoshoot, the Doctors get things up to date . . . 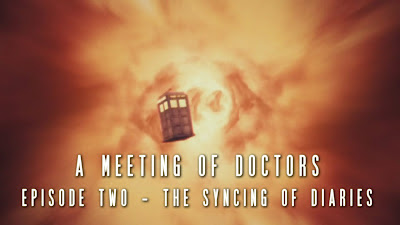 INT: DINER ON ABANDONED HIGHWAY
The Tenth and Eleventh Doctors, along with Amy Pond, have found themselves invited to a diner on an abandoned Utah highway.
Unable to resolve who sent the invitation, the Doctors set about syncing their diaries. 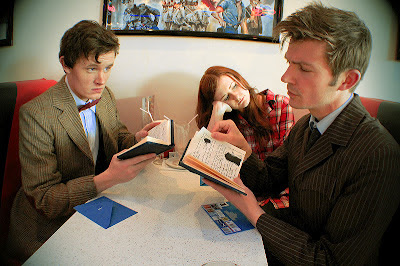 After half an hour of timelines and paradoxes, Amy is thoroughly fed up, wishing she had stayed in the TARDIS with Rory, who stayed behind to check his emails. 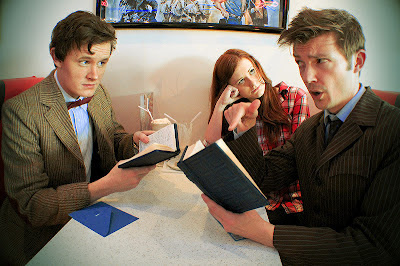 Using River Song’s diary, which he has sneakily borrowed, The Tenth Doctor starts reading about his future exploits... and seems to be finding more than he bargained for. 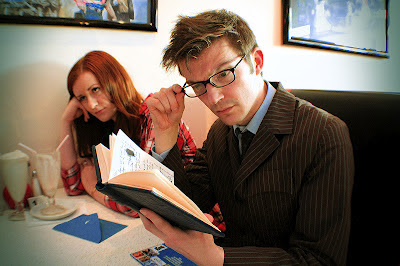 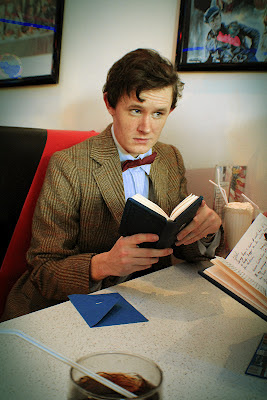 Meanwhile, the Eleventh Doctor is also reading of future events.

A visit to the American wild west; bumping into further past selves; a fatal encounter with weeping angels; and a space ship filled with dinosaurs particularly pique his interest.

The diaries we used in our photoshoot were specially made for us by a friend of mine in the US. 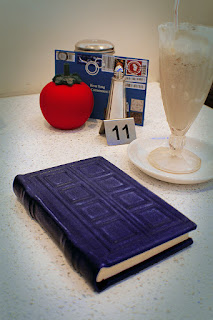 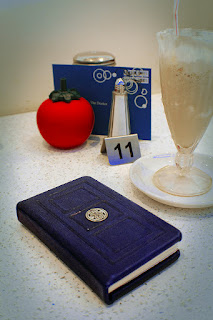 
The maker can also be contacted through his Esty page

Posted by Steven Ricks Tailoring at 15:34