The Doctor has landed!

Today I’ve got the first of our special Cardiff photo shoots for you.

This was shot at Southerndown Beach, which is near Bridgend, a few miles around the coast from Cardiff.
It has cropped up in numerous episodes of new Who.

It first was used in Army Of Ghosts and Doomsday, when it was used as an isolated fjord in Norway, its name translating as Bad Wolf Bay (see right, top two images).

Later they return to the bay for the closing scenes of Journey’s End (see right, middle image).

It was then the location where Matt Smith shot his first ever scenes as The Doctor, for the episodes Time Of Angels and Flesh And Stone.
The Byzantium crashed at the top of the cliffs, and the TARDIS landed on the beach below (see right, bottom two images).

In the past few months the crew have been back yet again for filming for episode two of series seven (see below).

For our shoot we are recreating the look of Time Of Angels with Lisa Baxter as our Amy Pond, dressed in the correct costume.

Hope you enjoy our photos. More to follow soon. 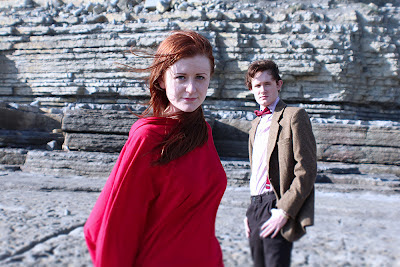 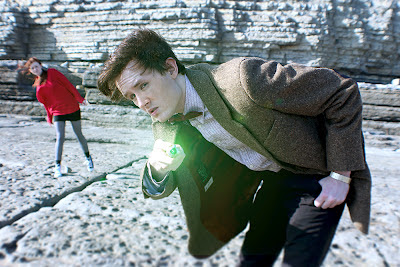 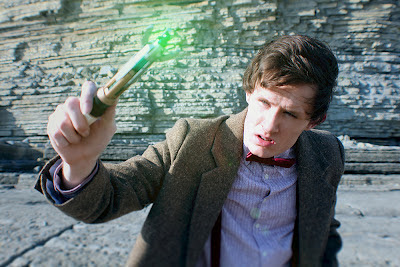 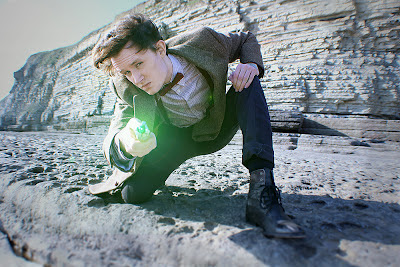 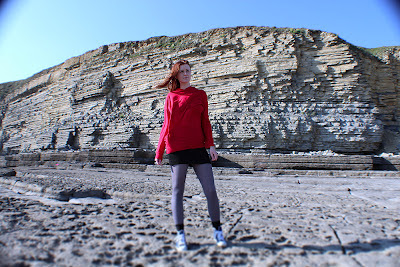 Like the Doctor Who crew, we will return to Southerndown Beach again, so watch out for later photo shoots.
Posted by Steven Ricks Tailoring at 15:46