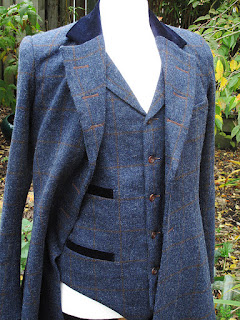 One of my readers dropped me a line over Christmas, along with a photo.

He had been watching a film over the festive period and something rang a bell with him in connection to the custom frock coat I recently made for a client of mine in the US.

He was watching the 2009 Guy Ritchie version of Sherlock Holmes, and noticed that Jude Law’s costume as Doctor Watson bore more than a passing resemblance to what I had made! 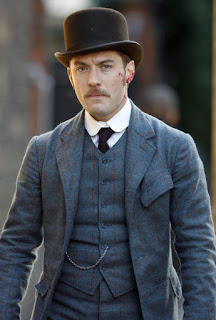 It’s not precisely the W Bill fabric my client choose, but it’s damned close.
The only difference is the horizontal grid-lines are a light blue, but their spacing and background colour certainly look to be a match.

Not only that, it was used in a very similar way with a stylised, short frock coat and waistcoat, along with a match pair of trousers! 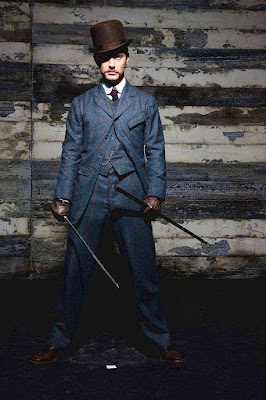 Neither my client or I had seen this before the commission, so that’s an unexpected surprise to say the least.

That’s our story and we’re sticking to it!
Posted by Steven Ricks Tailoring at 12:31 No comments: