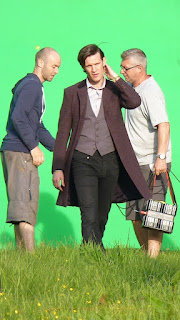 Last week the Doctor Who crew were filming Jenna-Louise Coleman’s first scenes as the new companion, although apparently not her debut story.

Some sneaky fan pics were posted on the net, showing that Matt was wearing a new coat! (see right)

Well today the BBC have issued a nice shinny new official publicity photograph from the filming (see below).

This is the first publicity photo of Jenna-Louise with Matt. 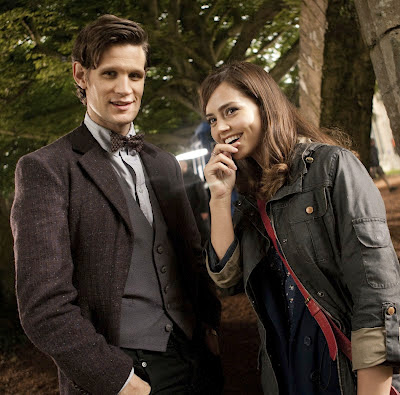 The photo also shows the coat in better detail, and shows the fabric matches the material I bought last week.
I’m not gonna rush into making myself a replica as the fabric is mega-bucks expensive. Once I can work out the pattern I’ll be having a go, so keep an eye on my blog in the next few months.
Posted by Steven Ricks Tailoring at 13:25