Since getting some of the Scaley silk fabric used to make the series 7b waistcoat, I thought I’d have a go at making my own.

The cut is very simple, and have have a plethora of books to use as a basis.

My favourite dates from the early 20th century. 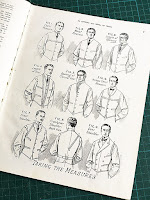 This book has so  any styles and designs of period waistcoats, I am almost spoilt for choice!

But amongst the designs is one for a waistcoat with three pockets, with a plain front just like Matt’s. 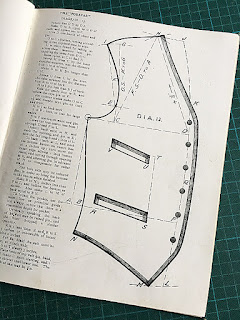 The pattern has full instructions on how to draw it up, and once I’ve done so, I can make the necessary style alterations to match what I’m after.

I’ll go into such more detail in a future posting, but for now here’s my finished waistcoat, ready for the convention season.

I’ve paired it here with my Hide Shirt, but I know it’s the wrong bow tie - it will have to do for now.

I tracked down the source of the original buttons used on Matt’s waistcoat, and as usual they aren’t just a simple off the shelf job - that would be too easy!

An early versions of this waistcoat as seen in The Rings Of Akhaten had plain black plastic buttons, but by the time it appears in Cold War, it has much nicer silk buttons.

These are hand-made from Russian braid, which although comes in a range of colours, doesn’t come in the right grade to make buttons this small.

I had to buy a special dyeable Russian braid which is thin enough; get that professionally dyed to the colour of my choice; before getting the buttons hand-made! 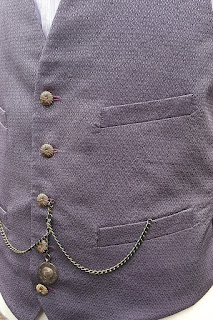 But I think it was worth the effort, as these buttons lift the finished result and make it something a bit special.

What do you think?
Posted by Steven Ricks Tailoring at 12:06