Last year I wrote a well-recieved Costume Index for Series Five, as well as an Appendix for the minor appearances since at the Proms and such like.

The Christmas Special marks the first episode of Matt Smith’s second season, for which a new costume designer took over from Ray Holman, who had created the initial look for the Eleventh Doctor.
With a new set of eyes in control, the costume has gone some radical but subtle revisions. 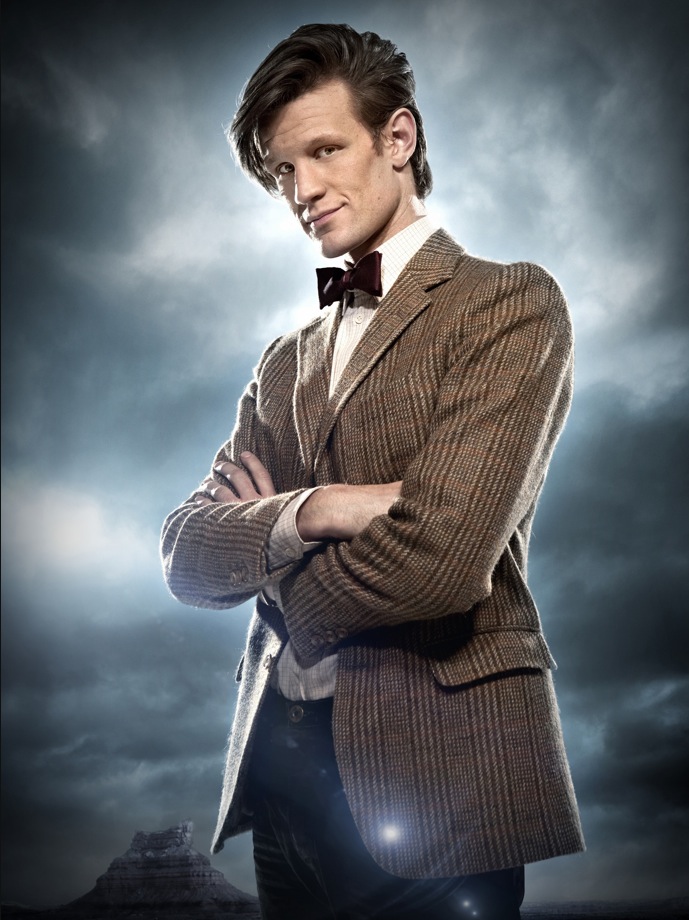 Jacket Shetland Tweed jacket, with three-button fastening
NB For this episode only, this jacket did not sport the leather elbow patches seen during series five (see right) 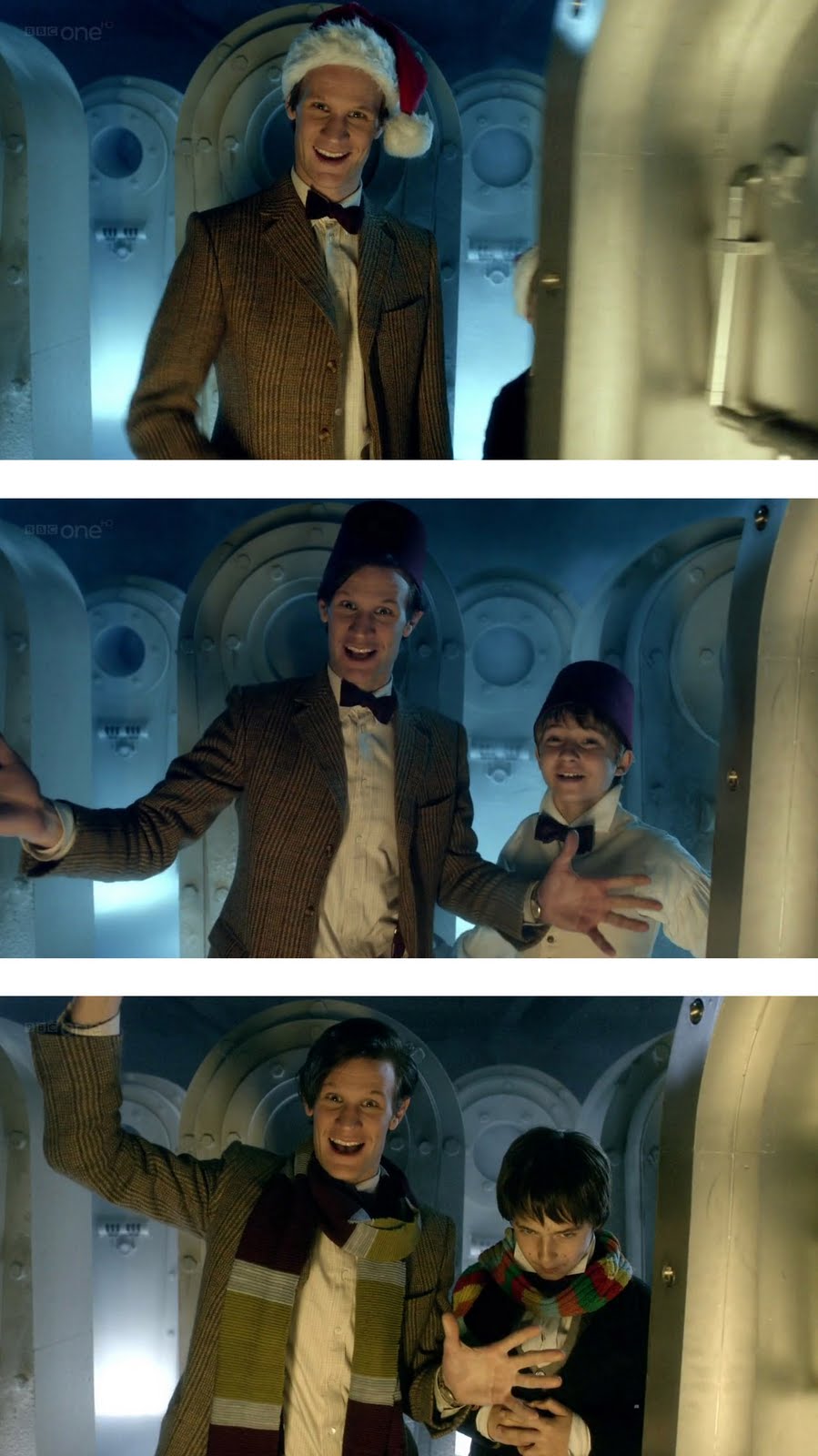 Also seen wearing For one scene set in 1950s Hollywood, The Doctor wears a classic white tuxedo, with a black self-tie bow tie (but untied) white dress shirt and black trousers (see below) 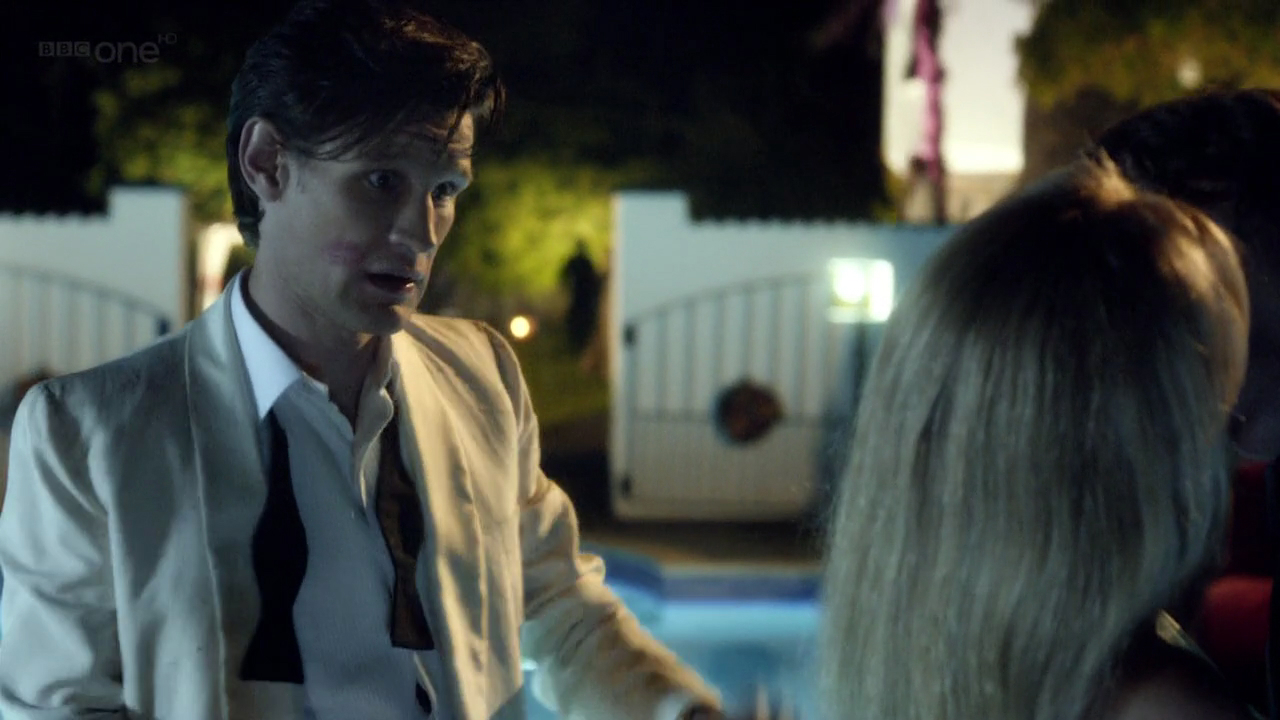 I had a days work at an advertising agency in Covent Garden in London this week. Not particularly exciting stuff, but they like my work so regularly ask me back. 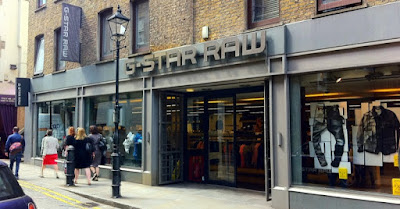 While in the area I took advantage of the opportunity to drop by the G-Star RAW store on Shorts Garden, only a couple of streets from the Paul Smith store that stocked the Reissued Shirts last year.

The G-Star RAW store is the largest retail outlet for their clothing, so the perfect place to look and make some face-to-face enquiries.

Looking around there are a dazzling array of jeans on offer, but I couldn’t see what I wanted.

I spoke with the manager, who was very helpful and up for the challenge of working out what I was trying to find.
He did explain though, the day I walked in was official the start of their summer season, and of 25 variations of jeans in stock, 23 were discontinued!

Posted by Steven Ricks Tailoring at 10:34 No comments:

A REAL alternative to the All Saints boots 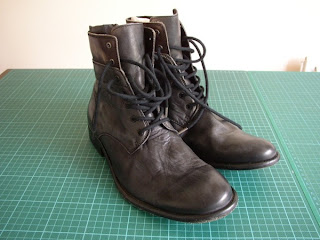 I have often reported on alternatives my readers have found to the elusive All Saints Layer Boots, from the popular River Island Double Eyelet Boots; passing the TopMan and Aldo look-a-likes; to the more recent Peacock Boots; before coming full circle back to All Saints.

Well, Magnoli Clothiers in New Zealand have gone the extra mile by producing a replica boot especially for Eleven cosplayers!

Posted by Steven Ricks Tailoring at 19:03 No comments: 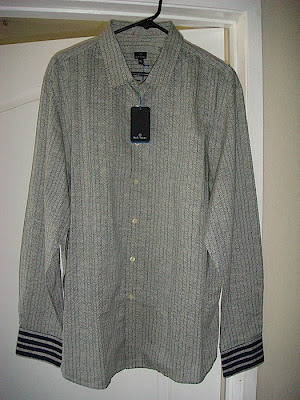 It’s been a while since there has been the eBay Madness that we saw this time last year, so I thought it worth mentioning a friend of mine has a blue Paul Smith shirt for sale. 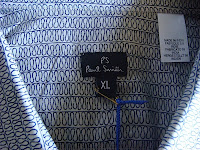 The shirt is an XL, so too large for my friend, but before throwing it open to the world to bid on through eBay, he’s trying to find a interested fellow Who-fan.

The shirt is one of those from tobi.com. You can see more details about it under Postscript to PS Shirt.

I’ve been spending quite a bit of my time recently making Tweed Jacket!

As a result I have been back and forth to W Bill in London a few times now, and have gotten to know Ray Hammett, who I deal with a lot, quite well. 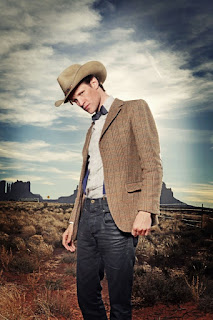 A few times now we have chewed the grass over the state of the fabric industry and he has told me of the problems getting good quality wools to weave these prestige fabrics from.
During our chats Ray did ask me to email him a couple of photos of Matt Smith wearing the jackets made from the fabrics he sells. So I picked out a couple of good images, and especially one of Matt wearing the Shetland Tweed Series Six jacket (see right).

After sending the images over, I thought I could go one better, especially since Ray had been so helpful to me over the past few weeks.
So I got him a nice framed version of the picture and presented it to him on me last trip to buy some fabric (see below). Ray was thrilled. He doesn’t often get such attention for a length of tweed!

If you look closely in the photo, you can spy THE roll of fabric from which Matt’s jacket was cut . . . 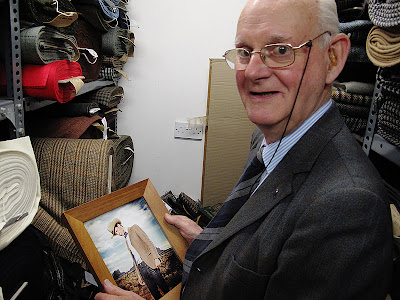 The BBC have issued the publicity stills for A Good Man Goes To War, and it includes a good portrait shot of Matt in costume.

Not to sure about the quality of the Photoshop cutting out though. 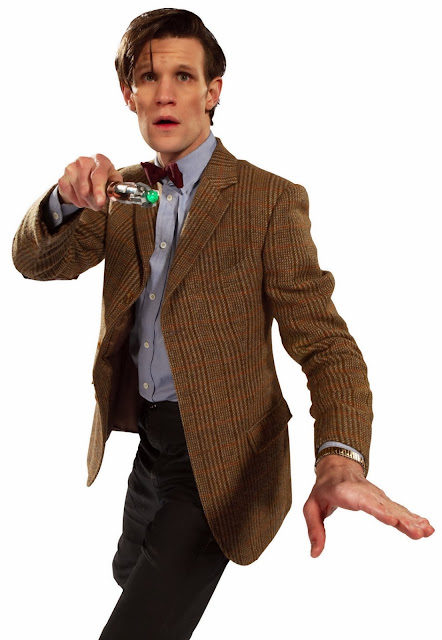 Posted by Steven Ricks Tailoring at 21:17 No comments: