The Eleventh Hour - the two Matts

This past weekend was The Eleventh Hour convention in Birmingham.

It marks Matt Smith’s first ever appearance at an independent convention – as opposed to the Official Convention in Cardiff back in March.

Lots of people went and many had their photo taken with the man himself – but there was only ONE photo I wanted to see . . . . 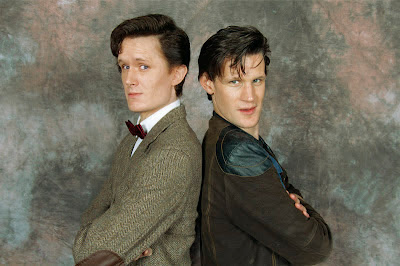 Posted by Steven Ricks Tailoring at 22:26