A Meeting Of Doctors - episode 4

The Tenth and Eleventh Doctors, having met up at a diner on an abandoned highway in the Utah desert, spent their time syncing diaries.

In the final part of A Meeting of Doctors from my massive Cardiff photoshoot, the Doctors compare the size of their equipment . . . 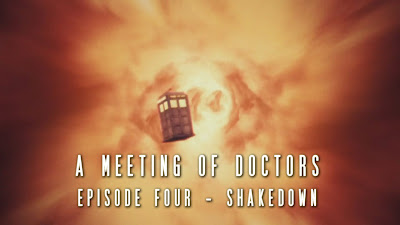 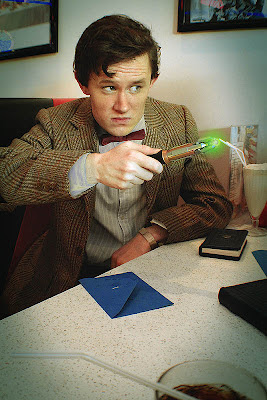 Having mysteriously met at a diner on an abandoned highway, the Tenth and Eleventh Doctors are now locked in a sonic battle of wits, each matching the other’s moves. 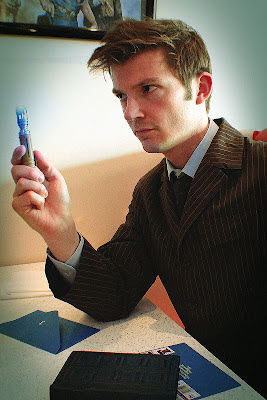 How can the deadlock be broken?

It takes companion Amy Pond to come up with the solution: a round of milkshakes!

The Doctors share the milkshake with Eleven’s own straws that make it taste fizzy. 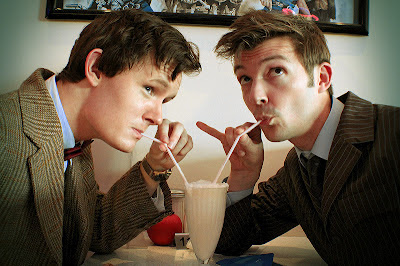 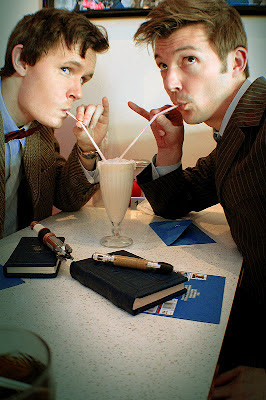 At last the Time Lords are united over a common liking for strawberry milkshakes! 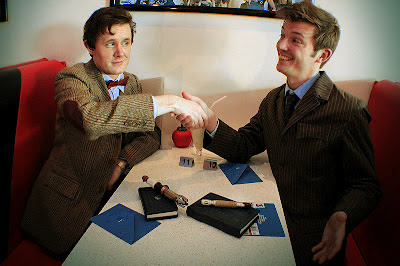 I’d like to thank everyone involved in making this photo shoot happen. To Matt, Kevin and Lisa for being patient models and Daniel Pawlik for making the diaries

Posted by Steven Ricks Tailoring at 19:42