A Meeting Of Doctors - episode 3

The Tenth and Eleventh Doctors, having met up at a diner on an abandoned highway in the Utah desert, spent their time syncing diaries.

In the third part of A Meeting Of Doctors from my massive Cardiff photoshoot, the Doctors compare the size of their equipment . . . 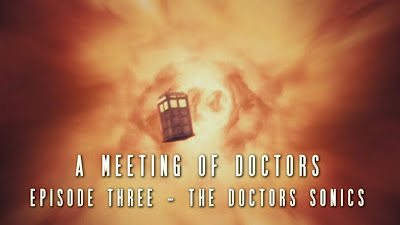 INT: DINER ON ABANDONED HIGHWAY
The Tenth and Eleventh Doctors have finally synced their diaries – to the relief of Amy Pond!

But attention quickly turns to The Doctor’s trusty sonic screwdriver, and it soon becomes apparent Eleven’s has many more settings than Ten’s. 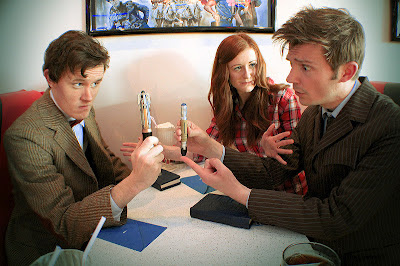 Before long Ten is suffering from sonic envy. 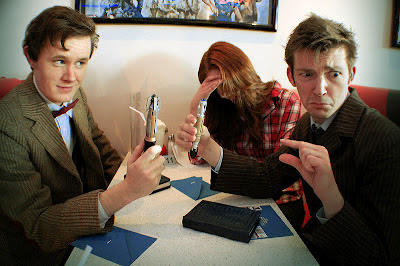 Amy tries to reassure Ten that size isn’t everything – it’s how you use it. 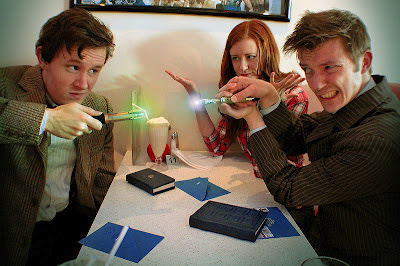 But with their sonics locked in a temporal battle, Amy is looking exasperated! Can she bring make peace between her boys?

Posted by Steven Ricks Tailoring at 17:26