Since 2006, the penultimate issue of the Radio Times before Christmas has had a Doctor Who themed cover, and this year is no exception.

This year’s cover show matt Smith in his revamped costume, with Michael Gambon and Katherine Jenkins sharing a ride in his shark-drawn (!!!!) sleigh. 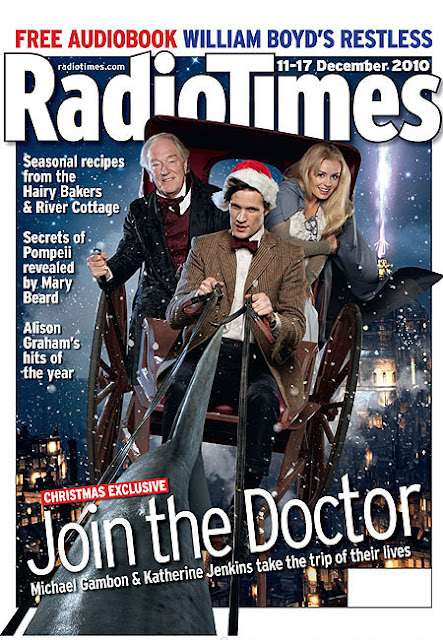 What interests me the most about this cover is a gallery of images on the Radio Times Website.
It give a little insight into the fantastic work that goes into covers such as this.

Firstly there are some out-takes of Matt (sans Santa hat) mastering the hansom cab (see below).

There are then a couple very close to the shots used, showing how his passengers were photographed separately (see below). 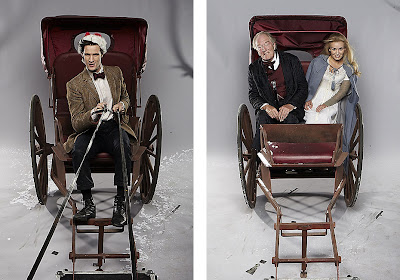 Also in the gallery are some out-takes from the photo that appeared a couple of weeks back, some with and without the Santa hat (see below). 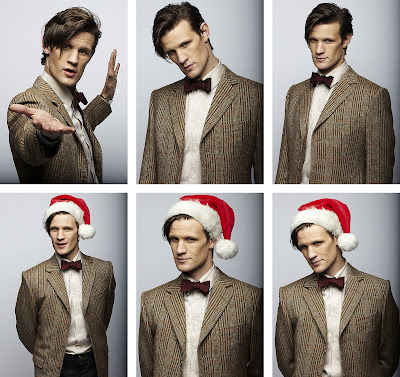 There are also some nice full length shots, showing Matt’s new costume, though the images are quite flooded so it’s hard to make out any useful detail (see below). 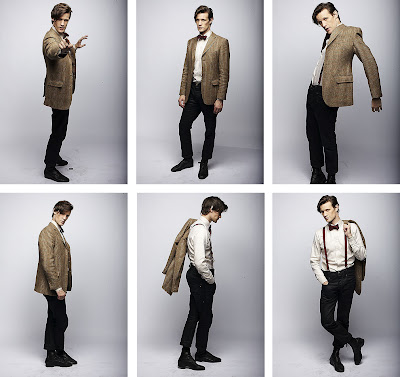 Finally, there are some nice portrait shots of Katherine Jenkins in character (see below).

All the images above are © Radio Times.
No copyright infringement intended.
Thanks for sharing them with us, Radio Times!!

Posted by Steven Ricks Tailoring at 17:45