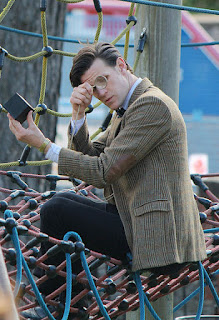 Filming continues apace on series seven, and Matt Smith was seen shooting scenes for Cubed.
As well as holding the prop cube, he also is seen using a monocle, something I can’t recall being used regularly since the 1960s by original Doctor, William Hartnell (I have a recollection of Jon Pertwee using one, but I maybe wrong). 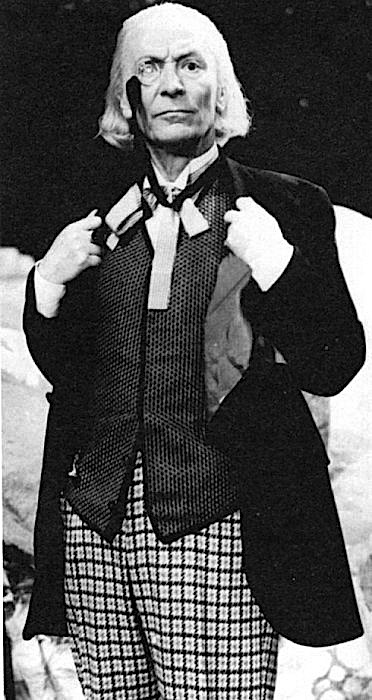 I’d assume this is a one-off prop specifically used for this one episode, but it would be cool for it to pop up again at some point.

It would be cool too if it was a reference to previous incarnation. 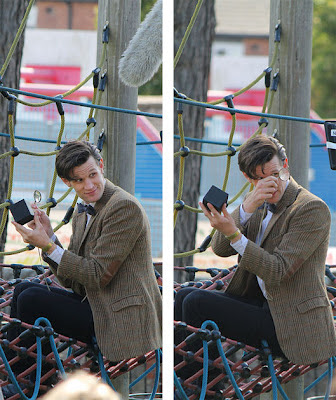 Posted by Steven Ricks Tailoring at 16:52