Last year I had a great time at the London Film and Comic Convention at London’s Earl’s Court.

This year it was staged at Olympia’s Grand Hall, as was less of a pleasant experience.
I had bought myself an Early Bird ticket for the Saturday, which gains me entry after 9am, whereas the standard ticket holders don't get in til after 10.30am. 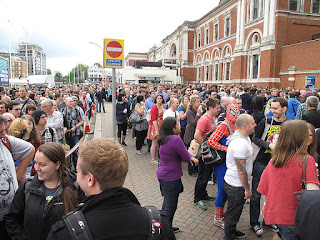 With the impending London Olympics the underground has been rife with weekend closures for engineering works and this weekend was no exception. Luckily for me my route was unaffected, but there were substantial barriers for a lot of people heading for the event.
However, they all seemed to have got round this as when I got there I was confronted by a sea of a thousand-plus people. Last years venue has a substantial open space in front of it and it was possible to have two distinct queues for early and standard entry; Olympia by comparison just has a pavement out front along which there was a chaotic queue which snaked its way back and forth in front of the venue, with people slowly moving in opposing directions. 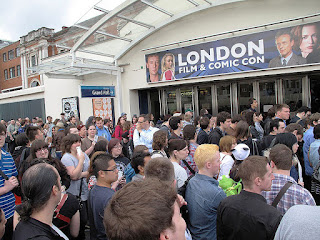 I joined a queue which seemed to contain people with the same ticket as me, and at one point we started moving. Hurrah!
I followed the queue as it moved and at the point when I expected it to turn - it just evaporated and I found myself standing in open pavement. Looking round I found all branches of the queue had suddenly rushed for the door, leaving me behind!! 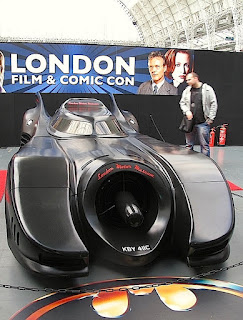 Chaos ensued as officials told us to go to the North entrance - on a building that has its doors labeled with numbers! No-one seemed to know what was going no and it was not far off 10am before I could get in.

Once inside, the first thing I came across was The Batmobile from the early Batman films. It is pretty awesome - and large!

I was a honey pot for anyone in Batman cosplay and there were some great costumes to see.

The Batman and Catwoman looked superb, and the Batmobile was the perfect backdrop. 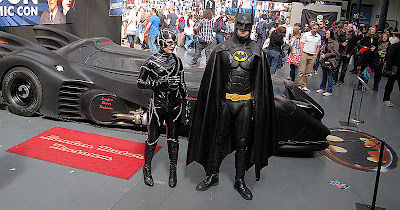 There were lots of ‘celebrities’ on hand to sign autographs, for a fee. 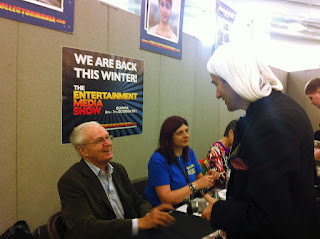 Representing Doctor Who were William Russell and Carole Ann Ford - the only surviving members of the original TARDIS crew - oh, and Janet Fielding! 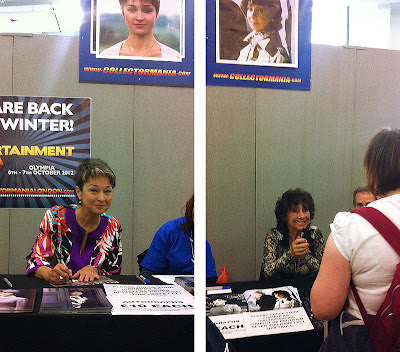 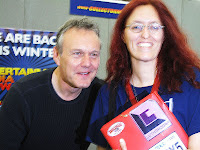 Around the corner promoting his appearances in Merlin, Buffy and the Nescafe adverts, as well as Doctor Who.

Being a modern convention, a vast area was given over to the trade stands all out to part you with your money.

Finally I thought I’d share with you my Where’s Waldo photo of the convention floor. Can you spot The Doctor’s TARDIS? 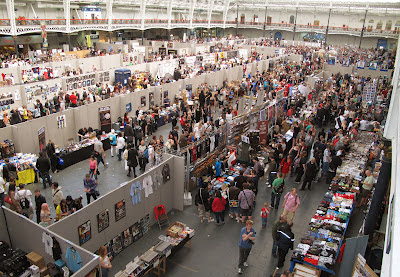 Posted by Steven Ricks Tailoring at 11:39

Email ThisBlogThis!Share to TwitterShare to FacebookShare to Pinterest
Labels: LFCC 2012