A few days ago I went to the re-opening of the Doctor Who Experience at its new home in Cardiff. 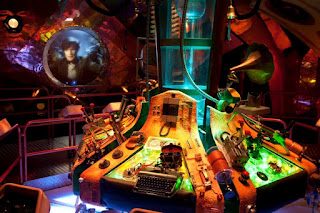 There are two parts to the Experience: an interactive walk-through show; followed by an extensive exhibition space displaying all manner of costumes and props from almost the entire run of the series from 1963. 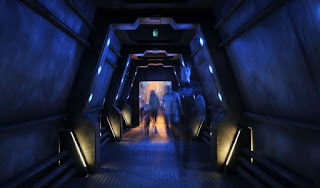 The interactive show, bar the addition of updating a clip compilation right at the start, everything is exactly the same, down to the layout of the rooms and corridors you walk through.
Photography isn’t permitted in this part of visit, so there’s not much to show. 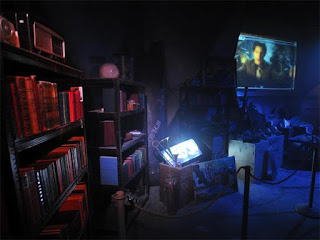 I don’t want to spoil it for anyone who hasn’t been, but I will say when you enter the first room take advantage before the lights are dimmed to look around the room and see all the various artefacts representing nearly five decades of Doctor Who.

The exhibition part of the Experience is now expanded and covers two floors - more than can be covered in one posting.
Here is the first half of my review.


Doctor Who Exhibition -
The Ground Floor 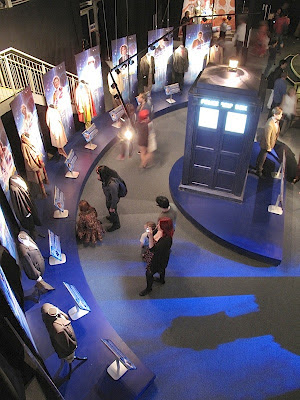 As per the Olympia version of the experience, once you’re out of the interactive parts you then move into the exhibition stage of the event.

With little exception (which I’ll come on to later) most of the exhibits are exactly the same as before, but now it is in a two floor purpose-built venue, they are laid out much better.
For example, if you find the right vantage point it is now possible to see all three Police Boxes at once, where they were previous in separate areas. 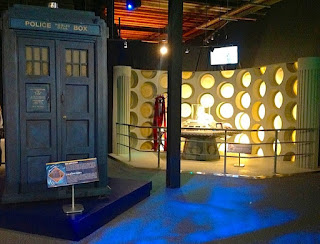 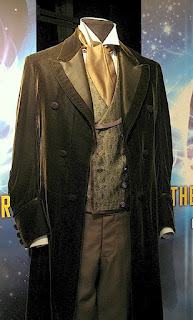 Entering on the ground floor, the first thing you see is the display of all The Doctor’s costumes to the left; a classic series TARDIS and the Melkur in the centre; and the console room that debuted in the 25th anniversary year to the right.

The arc of costumes worn by The Doctor throughout the run of the series remain the same as before, though I noticed the Eighth Doctor’s waistcoat is now made from the screen-accurate fabric from Bob Mitsch’s group buy.

All the displays boards accompanying the costumes are the same, though the first thing you’ll notice the text is now bilingual with Welsh now included.

As in the Olympia version of the exhibition, the next set of displays on show is a collection of hand props spanning the classic and new series.

The Sonic Screwdrivers used by the Fourth, Seventh/Eight, Ninth/Tenth and Eleventh Doctors take pride of place.

Also on show are The Doctor’s Video Device from The Idiot’s Lantern; The Monster Viewing Device from Vincent And The Doctor; and The Whisk from Amy’s Choice; TARDIS keys from the Fourth, Seventh and New series on show; and the exhibition debut of the Sonic Cane from Let’s Kill Hitler. 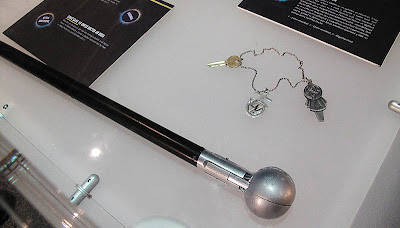 The next thing to feast your eyes on is the original TARDIS console room used by Christopher Ecceslston and subsequently David Tennant. 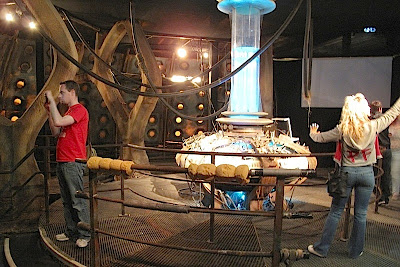 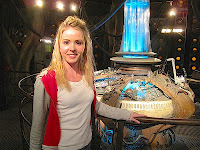 While I as there I spied a Rose Tyler cosplayer trying desperately to take her own picture in front of the set.
I couldn’t stand by and let her struggle, so I offered to take her picture.
I’m not a big follower of Rose Tyler costumes, but she really looked the part! 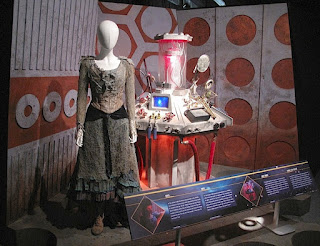 Opposite this is yet another TARDIS console!
This time from The Doctor’s Wife, along with the original Idris costume.

Having seen the replica Matt Smith console room in the interactive show, plus these three consoles - it’s almost too much for one day!

From beside the Doctor’s Wife console there is a curved staircase leading up behind the Doctor costume display. It is from here you can get that unique vantage point to see three Police Boxes and console rooms. 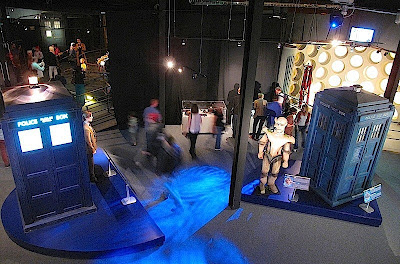 Tomorrow we’ll head upstairs and see what else is in store. It’s worth waiting for!
Posted by Steven Ricks Tailoring at 16:34