The Girl Who STILL Waited - episode 2

Today is the second part of The Girl Who STILL Waited, from my massive Cardiff photoshoot. 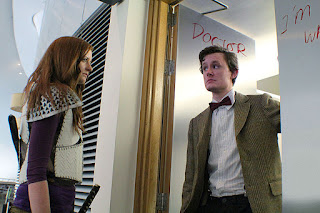 While the two Amys have been searching for The Doctor, and older Amy has discovered the Eleventh Doctor behind a door . . . 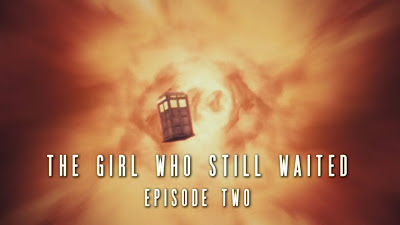 INT: TWO STREAMS FACILITY - UPPER LEVEL
Discovered by Amy, The Doctor has some explaining to do, after all she has been waiting a long time. 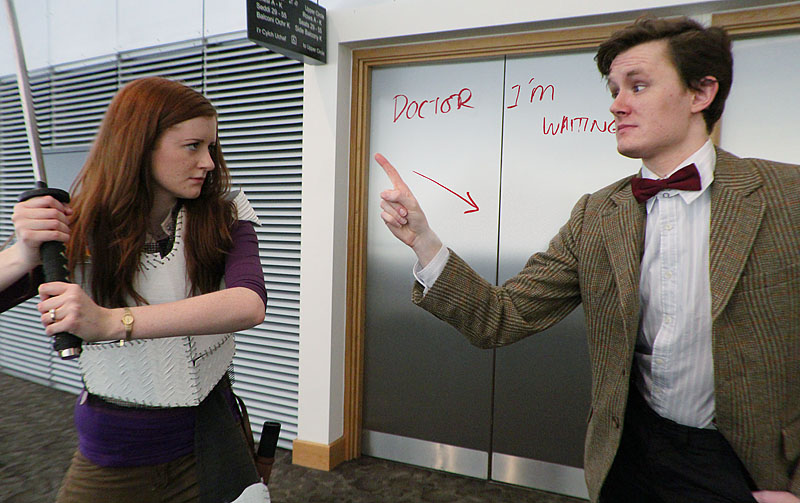 No matter what he says, the feisty Amy counters his every move. She’s having none of it.

INT: TWO STREAMS FACILITY - LOBBY
While the Eleventh Doctor is fending off an angry Amy Pond, the familiar buzz of a hand-held sonic device echoes through the empty lobby. 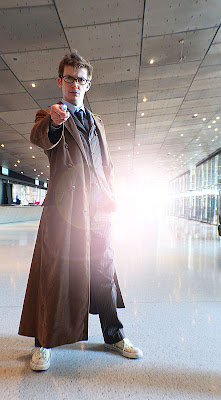 It is the Tenth Doctor, who has traced his other self and the parallel Amys through a time displacement in the vortex.

He knows he must close the displacement to prevent a potentially universal catastrophe. 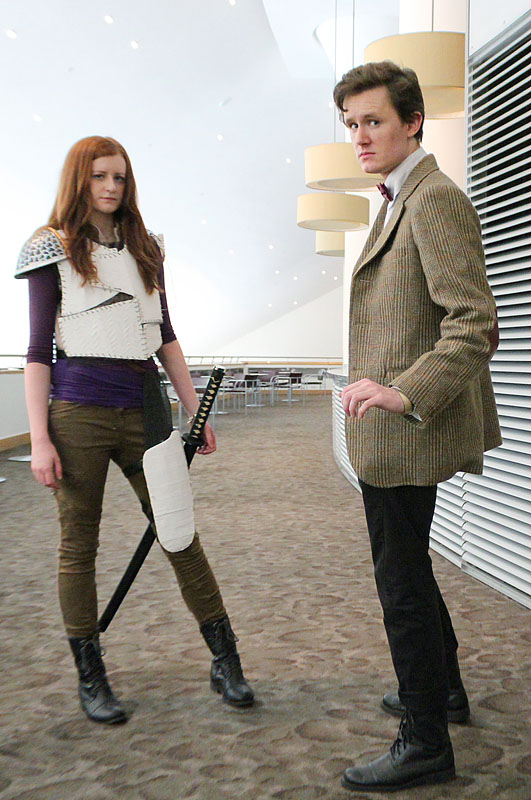 Tracing the signal he finds his way to the upper levels, where he surprises both his other self and the aggrieved Amy Pond.

Strangely the Tenth Doctor has a calming effect on Amy, and he soon has her under control, to the irritation of the Eleventh Doctor. 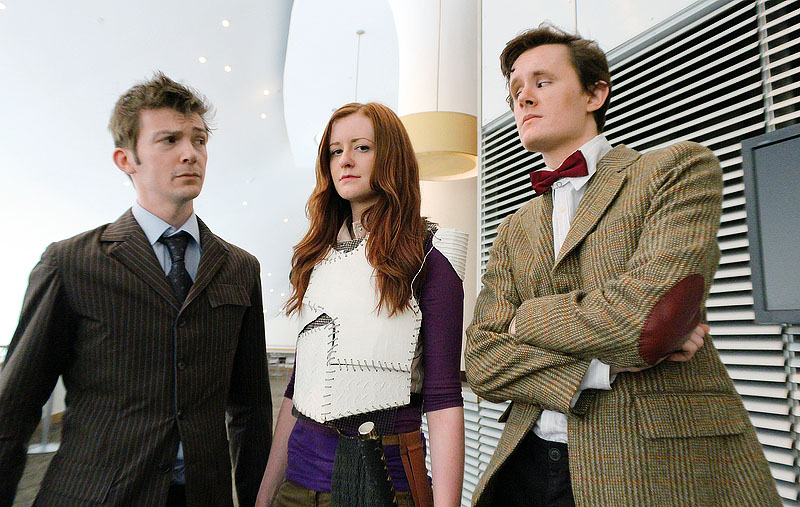 INT: TWO STREMS FACILITY - LOBBY
Back in the lobby the Tenth Doctor and Amy are getting on like a house on fire. She is entranced by his tales of adventures on distant planets, meeting exotic aliens and saving the universe. All the Eleventh Doctor can do is sit and listen, feeling increasingly left out. 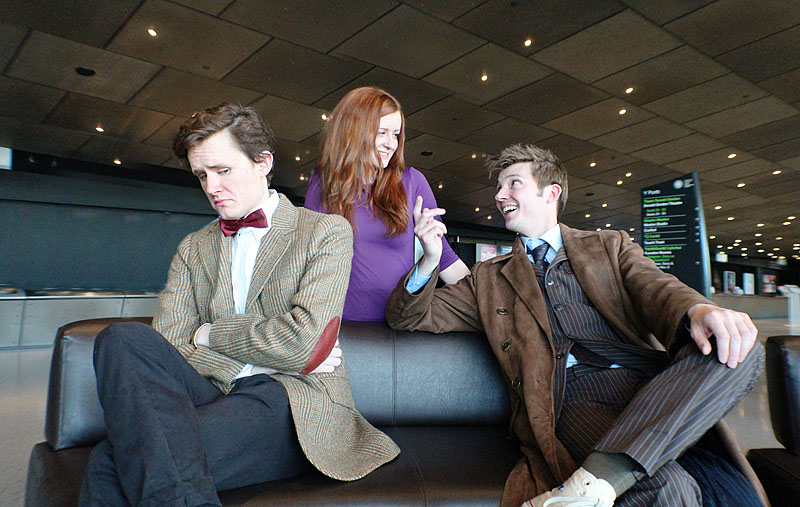 But it’s Amy’s choice - who will she choose to travel with? The charismatic Tenth or the ever-faithful Eleventh Doctor? 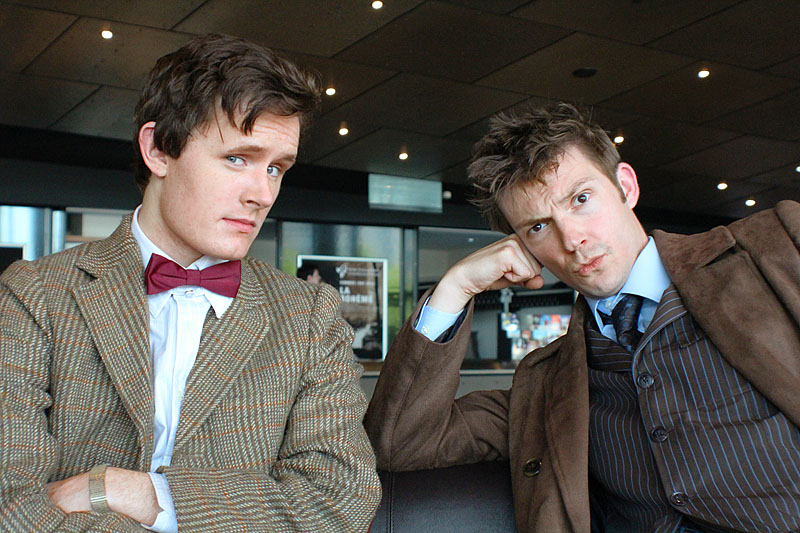 There isn’t really a choice to make - the Eleventh Doctor is AMY’s Doctor! 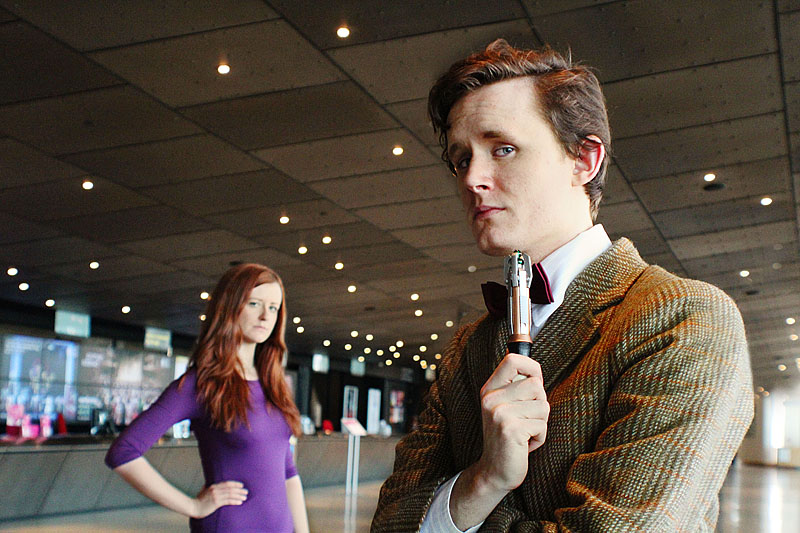 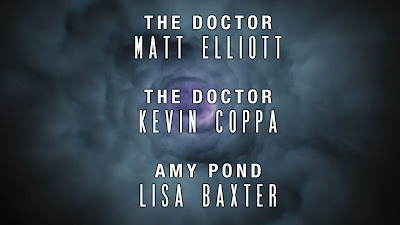 I’d like to thank Matt Elliott, Kevin Coppa and Lisa Baxter for modelling for the photoshoot and an extra special thanks to the management of the Cardiff Millennium Centre who granted us special access to the upper galleries.

Posted by Steven Ricks Tailoring at 17:18

Email ThisBlogThis!Share to TwitterShare to FacebookShare to Pinterest
Labels: Matt Elliott, The Girl Who STILL Waited