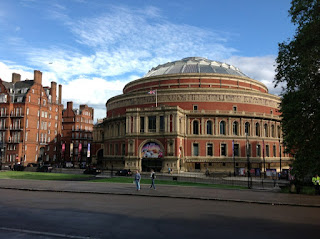 Last night I was at the Royal Albert Hall. Combine that with the name Murray Gold and you might suddenly think you had missed a Doctor Who Prom concert, but no, this was something else.

BAFTA, in association with The Royal Albert Hall, are doing a series of interviews under the title Conversations With Screen Composers. The event was filmed with multi-camera set-up, and is due to be on the BAFTA website as a webcast in the near future.

I had heard about the event through one of the news websites, so rushed over to the website to book tickets, only to find they were sold out.

I checked with the box office who said a number of tickets had been held over. Returning daily to the website came up trumps when sure enough the tickets were suddenly available again a couple of days before the event.

I got there nice and early so I could collect my ticket, and found I was first I the queue, and nabbed front row dead centre. Perfect!

The interview was conducted by Tommy Pearson, who kicked off by asking how Murray got into music. 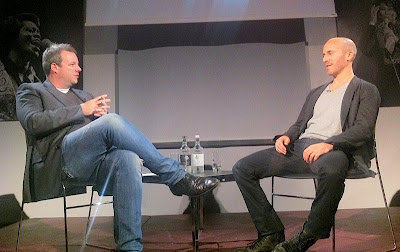 A lot of Murray’s answers were not quite what you’d have expected, revealing his early playing skills learnt from a ageing piano teach who only charged 25p a lesson, cos that what what she had charged his grandmother.
This taught him a more intuitive way of playing, which meant he was soon shining in school productions before progressing on to Cambridge University from his home in Portsmouth.

There he took on writing music for the footlights reviews, barely paying any attention to the history degree he was supposed to be working towards.

After slogging away on various small projects he landed the job of scoring a new production of Vanity Fair for the BBC, for which he took an unorthodox approach.
His music was produced using small bands and college student choirs, creating an almost circus-like sound. Upon submitting the score a BBC memo came back (in the days before email) asking “Are you joking?” 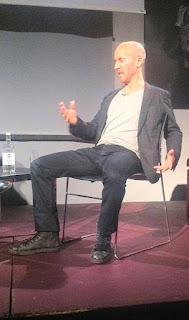 Murray’s slightly scatty character came out in the interview, with him relating commissions of productions to before or after he burnt his flat down.
He also explained how he likes to find the soul of a piece, spending copious amounts of time to find his hook into composing the music. After producing 40 variations of a theme he will then only submit the one he likes, and seems to take umbrage at being asked if there was room for improvement.

Despite the reception from the producers, the music was used on Vanity Fair and came to the attention of one Russell T Davis who wanted real music, not “tv music” for his series Queer As Folk.

Being a series covering adult themes - and us being a relatively young audience - they weren’t able to play any clips beyond the closing credits!

Murray then scored the first couple of series of Shamless, as well as pursuing private projects, including writing and directing a play starring Christopher Eccelston. 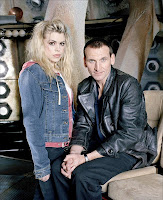 He noticed how his lead actor was disappearing on a regular basis, returning with news of how he was close to being cast in this exciting upcoming series with stories including a girl who witnesses her own father’s death. yes - Doctor Who!
Murray was a bit miffed Russell was stealing his actor, and hadn’t asked him to do the music, so when the email came through inviting his involvement, his annoyance went out the window and he replied “love to”.

He explained how budgets were tight at the start and all the music was composed and created in his bedroom using new software and equipment he didn’t really know how to use!

He also didn’t seem to know it was a 13-part series, only asking after about the 4th or 5th episode!

With series two he forged links to the National Orchestra of Wales, giving the scores a fuller and more sweeping feel. 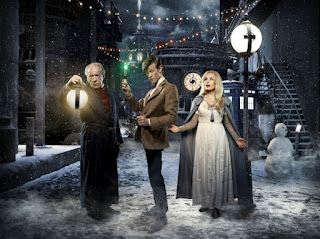 He revealed how can be somewhat eleventh hour in his approach to scoring episodes, highlighted by the producer asking him about the song for A Christmas Carol.

Checking he had read the script, Murray replied, “yes. Isn’t it great?” “And the song?”, he was reminded. “THE song - the one that is key to the plot and that will be sung by special guest star Katherine Jenkins? The star who is arriving in two days to record it - is it written?” “Yes”, he responded through a forced smile . . . .
So he had to write it in one day; arrange it the next; and record it the following!

Murray also hold the unique position of having worked on every single episode of the new series, and now finds himself being asked what he thinks by the producers. He ventures little or no opinion, as he feels he is just the composer and not really worthy of being asked, despite being the most senior member of the production!

The latter part of the interview was spent with Murray at the piano playing a number of compositions for us, including I Am The Doctor, the theme for Matt Smith’s Doctor. 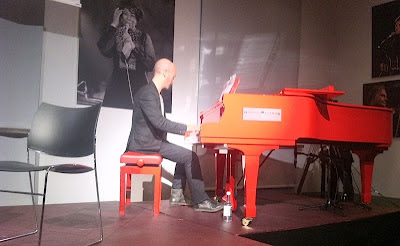 Some time was set aside for a few questions from the audience, after which the event drew to a close.

I was lucky enough to catch Murray outside before he left and he signed the covers of some CDs I brought along on the off chance he would be willing. It was a worthwhile end to a great evening! 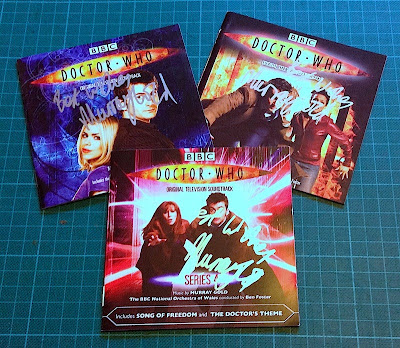 Posted by Steven Ricks Tailoring at 08:43