The costuming part of conventions are very different on opposite sides of the Atlantic.

Halloween in America is almost as big as Christmas, and there has developed a modern tradition of dressing up in all manner of costumes, not necessarily as witches, ghosts or vampires.
I think it is this ethos that has permeated into the costuming side of American Doctor Who conventions. 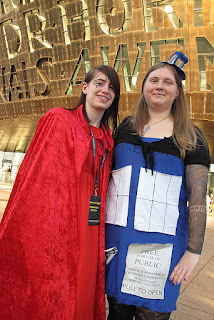 In the UK, on the other hand, we don’t have the ingrained desire to dress up, so our conventions have a much lower percentage of cosplayers in attendance.

Until recently,  I hadn’t actually done that many Doctor Who conventions in the UK. In fact, I’ve been to more in the US than home-grown ones!

So it was this months Official Cardiff Convention was a contrast to Gallifrey One a couple of months back.

That said, I saw a number of Amy Ponds, but here are my two favourites.
As it happened I caught up with them later in the day for a great photo shoot outside the Millennium Centre. Check out Matt Smith Ganger. 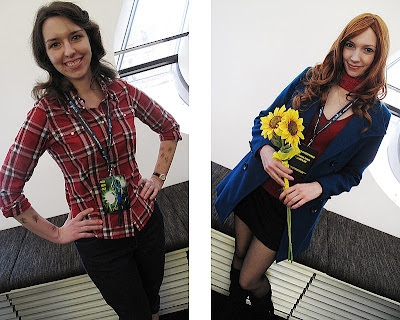 Wherever there is an Amy Pond, there is sure to be an equal number of Matt Smiths, and Cardiff was no exception.
Bow ties and tweeds were out in force, along with the obligatory sonic screwdriver. 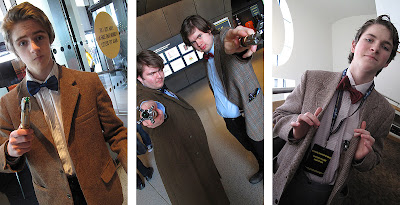 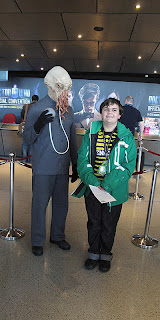 Being the OFFICIAL convention we did benefit from having some official cosplayers in the form of screen used Oods, Handbots and Silurians around who were on call for photos.

It was disappointing not to see many Daleks though. 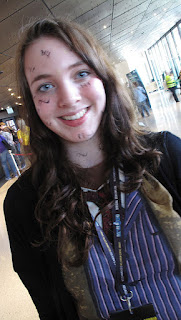 It was nice to see so many young cosplayers around too, many still at school or in early teens.

I liked this Amy with her Silence markings. I do hope that washed off easily . . . . 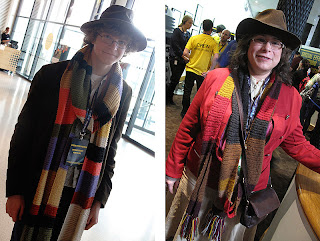 There weren’t many classic series Doctors, but I found these two Tom Baker look-a-likes! 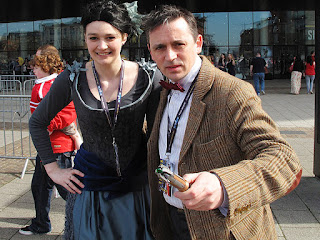 I saw this lady around a few times, but only managed to catch her outside the Millennium Centre towards the end of the day. 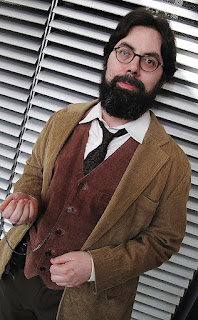 I imposed on her non-cosplaying boyfriend to take the photo for me.

I saw this guy around and was a bit foxed by who he was dressed as. On the Saturday his hair was dyed white, but I took this on the Sunday.

Had to admit I need to ask who he was playing.
The answer? Professor Chronotis from the unaired story, Shada!

I also saw some River Songs – with all ages joining in the fun both old and young. 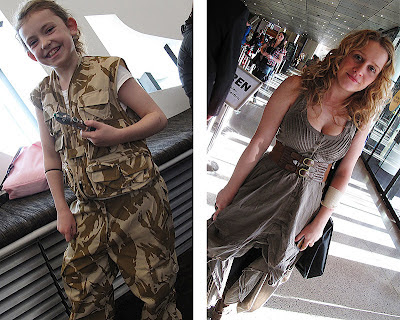 But THIS was my total favourite costume of the entire weekend.

Can you guess what it is yet? 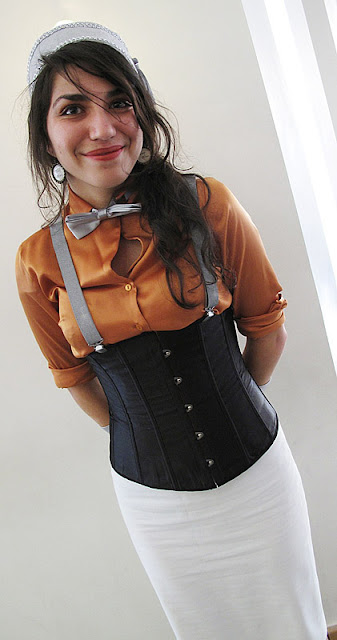 If you guessed “Matt Smith Sonic screwdriver” you get top marks!
I thought it was very inventive, simply made, and very effective, with a copper coloured silk blouse; black leather basque; and pencil white skirt to represent the sections of the sonic; rounded off with silver bow tie and braces for good measure!

What you can’t quite see is her hat has a green light bulb on the top, which lit up!

I had a nice chat with the maker, who turned out to be American over here for the weekend.
See, the US cosplayers STILL do it better – even on our own doorstep!
Posted by Steven Ricks Tailoring at 09:25