Now I’m back from Chicago TARDIS, I have had a number of messages from readers who have picked up on a couple of the costumes I premiered at the weekend. 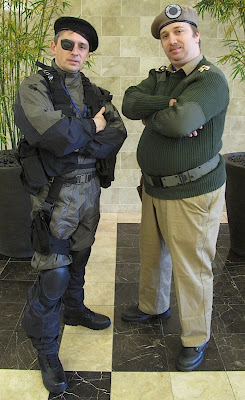 One was my Captain Rory Williams SWAT team soldier from The Wedding Of River Song.

Now, Rory isn’t my favourite character, and this blog is designed to cover the costumes worn by Matt Smith as The Doctor, and that’s how it’s gonna stay.

But on this occasion, with a convention coming up, an eagle-eyed cosplay community member identifying the ENTIRE costume, I had to – just for one – stray off target.

As I say I don’t much care for Rory, but for The Wedding Of River Song he was seen as Captain Williams, head of the defence team at Area 52.

This is the one and only Rory costume I think will ever do!

You can read the original dw_cosplay posting here:

Captain Williams - Entire Costume Identified
Here is my breakdown, and where I got my parts and how much I paid for them. 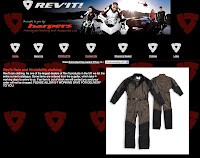 This is actually a protective rain suit for bikers, and is made by Rev’it!

It is their Titan Rain Suit.

Using their official UK website, I quickly found a supplier who had it in stock, in the right colour and in my size!
It cost me £49.99. 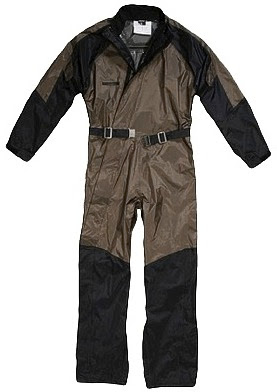 I had hoped to find it cheaper on eBay, but I couldn’t find a single listing.

Since the Jump Suit is the bulk of the costume, I vowed that I would only collect the costume if I could secure this first.

Well now I have it - so the game was on!

The next thing I needed, and wanted to make sure I got exactly the right thing, were the boots.
Boots 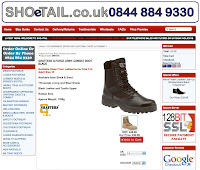 He apparently wore two different boots, depending on scenes.
The one I like the look of the most are the Grafters G-Force Army Combat Boots.

You could also find the Magnum Classic CEN Boots as an alternative. 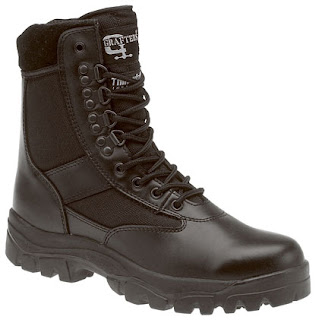 The boots are quite cool actually. I’d almost wear them day-to-day during the winter!
The rest of what I needed I found off eBay, often at a fraction of the full price.
All of the accessories are made by a company called Viper.

Assault Vest
The vest is called the Viper S/A Assault Vest.
I had to make sure I got the black version.

Gun Holster
This is the Viper Tactical Leg Holster.

Knee Defenders
These are the Viper Special Ops Knee Pads.

To round out the costume I needed a basic olive green t-shirt to wear under the Jump Suit, and a black wool beret to top everything off.

Eye Drive
Finally I bought an Eye Drive from a seller on dw_cosplay.
He makes two versions. 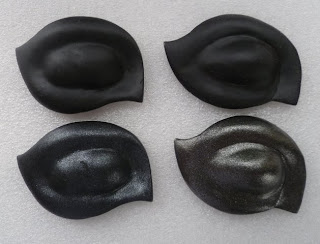 Posted by Steven Ricks Tailoring at 20:51