This morning the jaw-dropping news that one of Matt Smith’s complete screen-worn costumes, including tweed jacket, shirt, trousers, boots, braces, watch and bow tie would be auctioned to raise funds for Children In Need!!!! 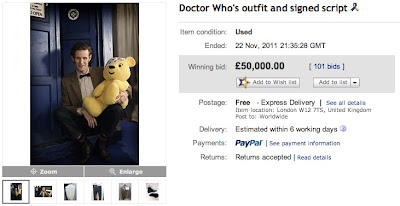 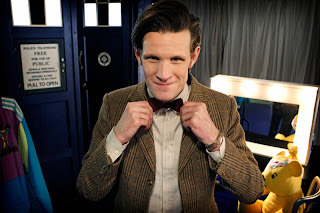 This is an unbelievable chance to acquire what is reap idly becoming an iconic costume.

Matt Smith has been quoted regarding the sale. He said:

I'd say the tweed jacket or the bow-tie are the most iconic - although the boots are my personal favourite. I hope people donate generously for BBC Children in Need because it's a wonderful cause - and we've got to beat last year's total. 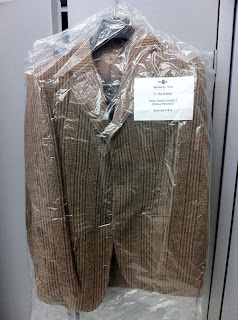 Although the starting price was 99p, with only five days for the auction, things quickly accelerated into a frantic bidding war!
Here’s how things played out.

Listing posted with a 99p start price.
After 13 bids, five bidders had reached £800. 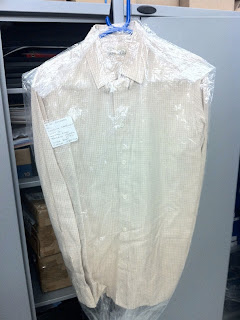 By far was the busiest day for the listing, with 68 bids placed.
This was the window of opportunity for the serious casual bidders to stake their claim.
Dozens fought it out, with the price now topping £21,200. 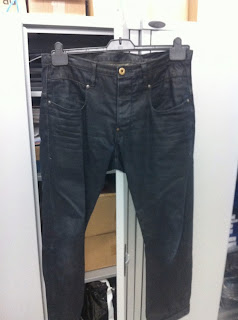 Things quietened down on the bidders, with only a dozen bids placed, but by now it had got to £25,800. 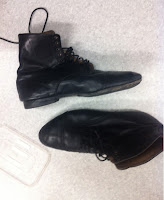 By the final day I think a vast majority of the serious casual bidders had fallen by the wayside, with only a hardcore left in.
Five final bids pushed it to its closing price, but it was a bidder from the 17th November, who had placed one solitary bid who prevailed in the end, forking out an impressive £50,000.

It’s astonishing that the costume reached this price, but heartening too, since it all go to very good causes supporting some very vulnerable and needy children.

I somehow doubt it will achieve this price again if it came up at public auction, but you never know! 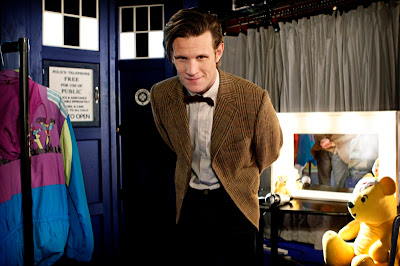 If you have any spare cash, I’m sure the children that are helped by this evening’s fundraising will warmly welcome anything you can give, as much or as little as it might be

Posted by Steven Ricks Tailoring at 18:33