I’ve been in two minds about posting this, but I decided to do so as a warning to other to sometimes be wary of what you see for sale on eBay.

The two items I’m highlighting appeared this week, and raised some eyebrows on a number of forums and social media sites.
They are so obviously wrong to not take in the savvy costume fan, are named such and come with apparent verifying documentation to possibly take in the less observant buyer.

Anyway, I leave you to judge their authenticity for yourself, but for what it’s worth I have my own opinions. 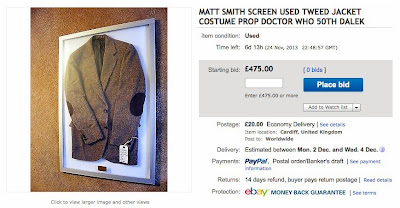 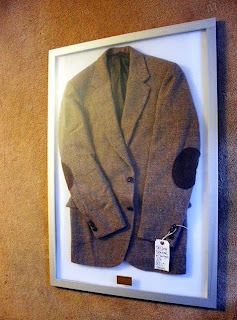 FRAMED AND IN A DISPLAY CASE

FEEL FREE TO ASK ANY QUESTIONS 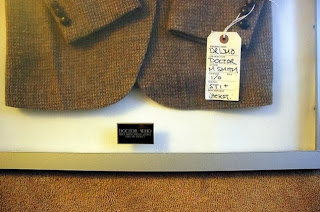 The tag is a pointless fake and the certificate of authenticity apparently related to the BBC Wardrobe department - which has not existed for decades. 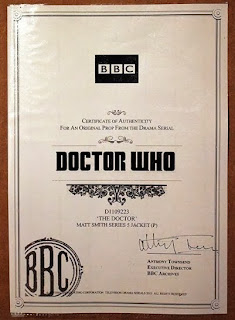 These days individual production by production wardrobe departments exist to service their needs, closing when a series finishes. There is no one single store for costumes. 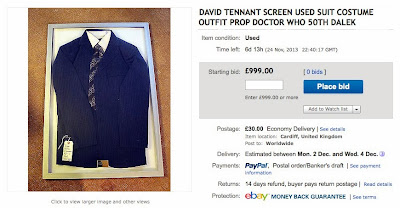 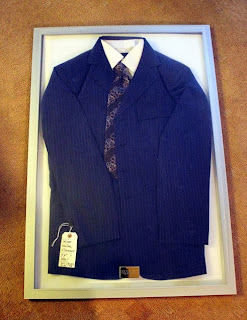 ALL FRAMED AND IN DISPLAY CASES

FEEL FREE TO ASK ANY QUESTIONS 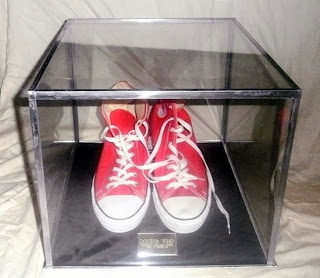 This lot is laughable.
The blue suit is a fine pinstriped navy suit, looking like something from M&S. It is totally the wrong colour, wrong fabric, wrong pinstripes and spacing. Just WRONG! 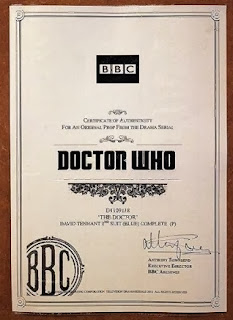 ANY Tenth Doctor fan will know the converses worn with the blue suit were burgundy, not red as these are.

The tie looks to be one of the latest Magnoli ties sold for $60.

Again another worthless certificate is provided.

Posted by Steven Ricks Tailoring at 18:58