As with all big modern conventions, there are organised photo opportunities with the stars of the show, plus the uniquenchance to stand on the original TARDIS console room set.

I’ve booked myself into a shot with Matt Smith and a second on the TARDIS set. Each ticket was an extra £15, so not cheap. 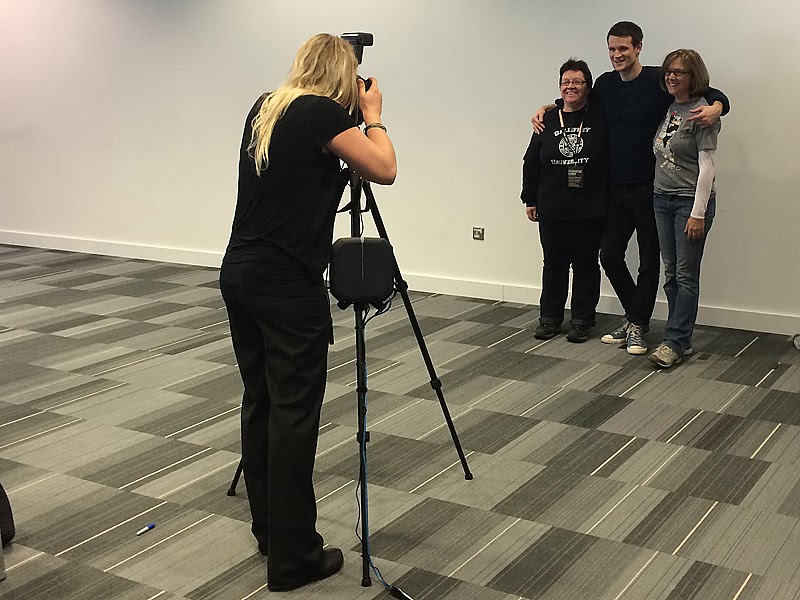 My first call was for the TARDIS set, but the queue was SO long it snaked around two other stages where interview sessions were going on!
To be fair the organisers said it was taking longer than they planned, so they were happy for people to come back later when the queue had died down. 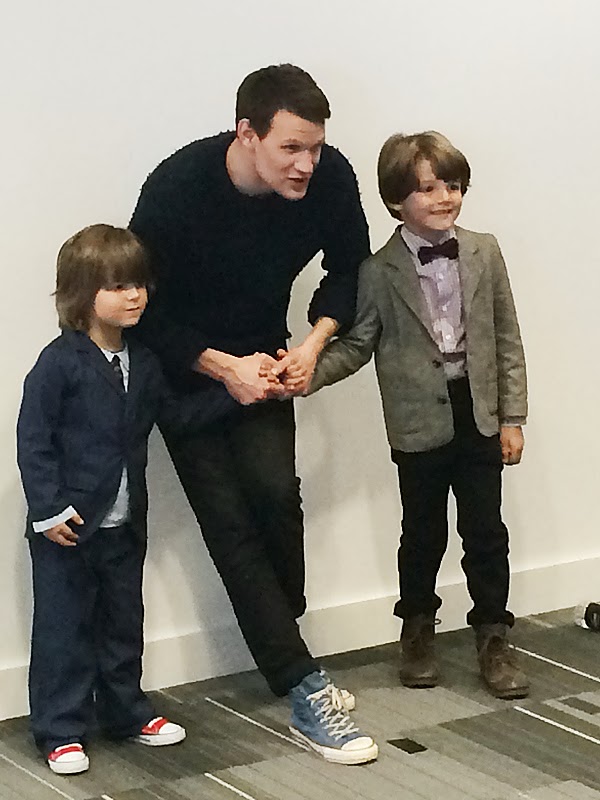 This was just as well, as I needed to get to the Matt Smith shoot upstairs.

The queue for this was more manageable and moved quite briskly once Matt arrived.

I did notice that it didn’t seem quite as professional as some of the photo shoots I’ve be too. The photographer had a standard SLR camera, using just a camera-mounted flash. It was being done against a bare white wall. 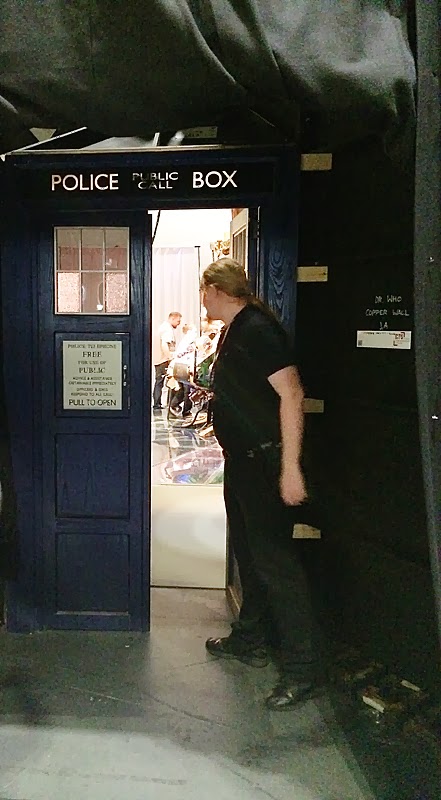 Once I was done there I went back to the TARDIS queue, which was just as long as before but I decided to stick it out as I was owed the shot.

The set had been built in the far corner of the hall, wrapped in black drapes.

I could see that as people came out from the shoot, they could wait around and pick up their photos almost straight away, which was good.
What wasn’t so good was I saw at least five people having to be taken around again as their shots hadn’t come up to scratch. Hummmm.

As you got closer to the front, the queue snaked around until you could see the exterior doors of the TARDIS, beyond which was the set. 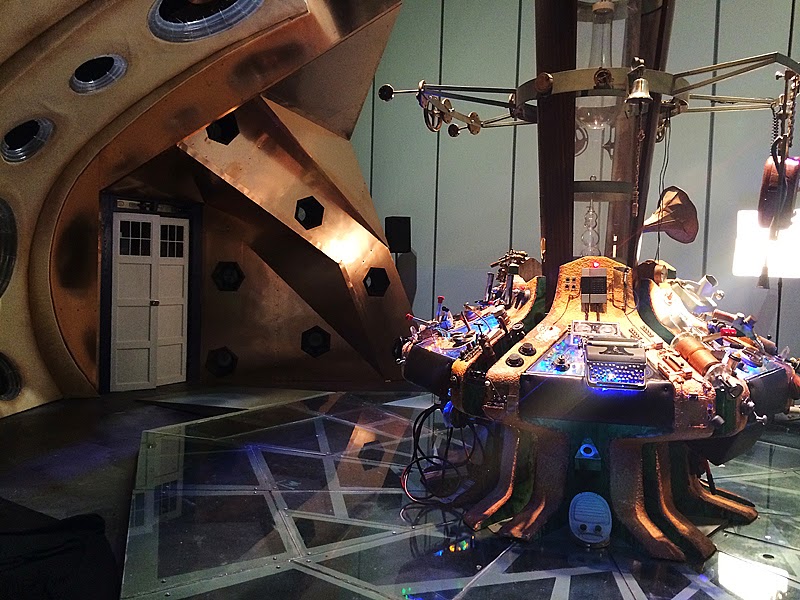 Finally I was invited forward and through the door to find the TARDIS console in front of me, and a small section of the wall behind it with the Police Box doors to one side. That was it. It was not the complete set.

Before you could blink the shot was taken and you were ushered off to collect your photo.

Once I got the print I was very disappointed. The photo was very dark, looked like it was lit from one single light bulb and badly framed.
Frankly the sneaky shot I took above here was better than the official photo!

Collecting the shots with Matt Smith, these weren’t much better.

The harsh flash and wall didn’t work well together; again the print was very dark; and neither shot had Matt and me in the centre.

I’ve scanned the pictures in and done a bit of retouching and reframing to improve them a bit. 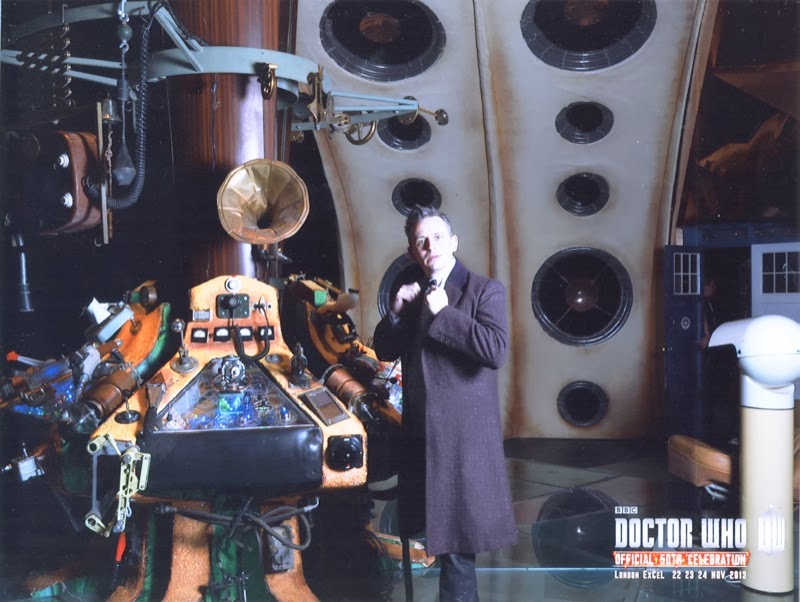 As a memento of the day, they don’t impress me. 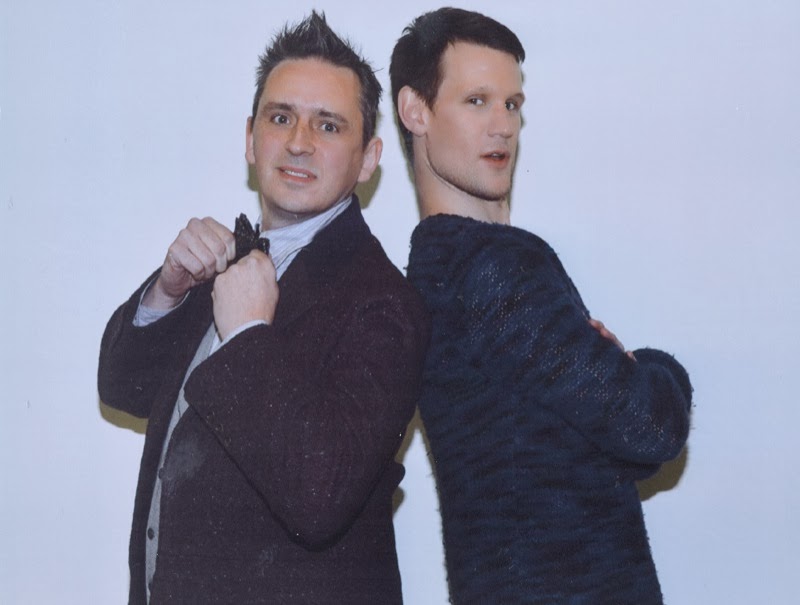 But at least Matt dressed a bit better than some of his previous photo calls. 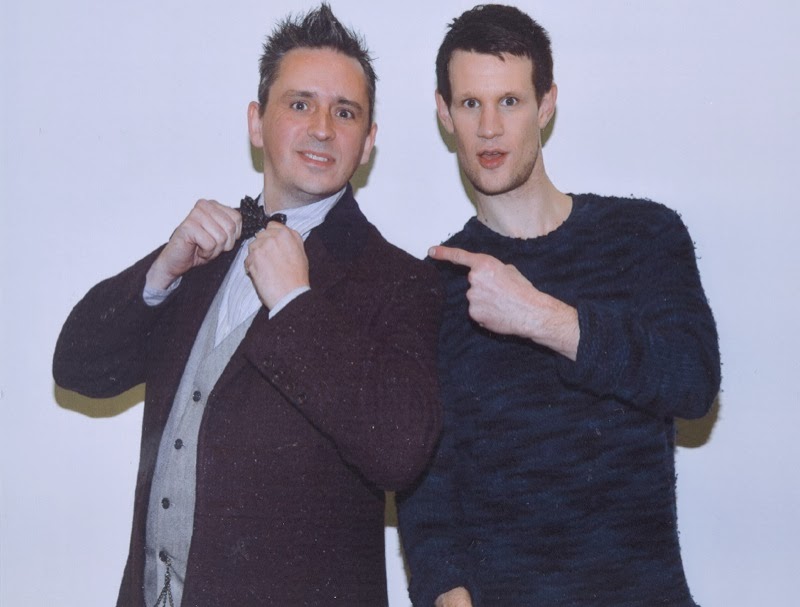 He scrubs up well in a nice cashmere frock coat for Doctor Who, but he dresses like a scruff to meet the fans!


Posted by Steven Ricks Tailoring at 13:14

Email ThisBlogThis!Share to TwitterShare to FacebookShare to Pinterest
Labels: Doctor Who Celebration