This weekend’s Doctor Who Celebration has been a feast for the eyes for fans.

As well as catering for those who have come to Who through the relaunch series, there has been a good nod to the history of the show with a wide variety of guests and an extensive exhibition of costumes culled from Cardiff’s Doctor Who Experience.

They had a near complete set of Doctor’s costumes on show (missing was the Eighth and War Doctors) arranged in a circle around Bessie. 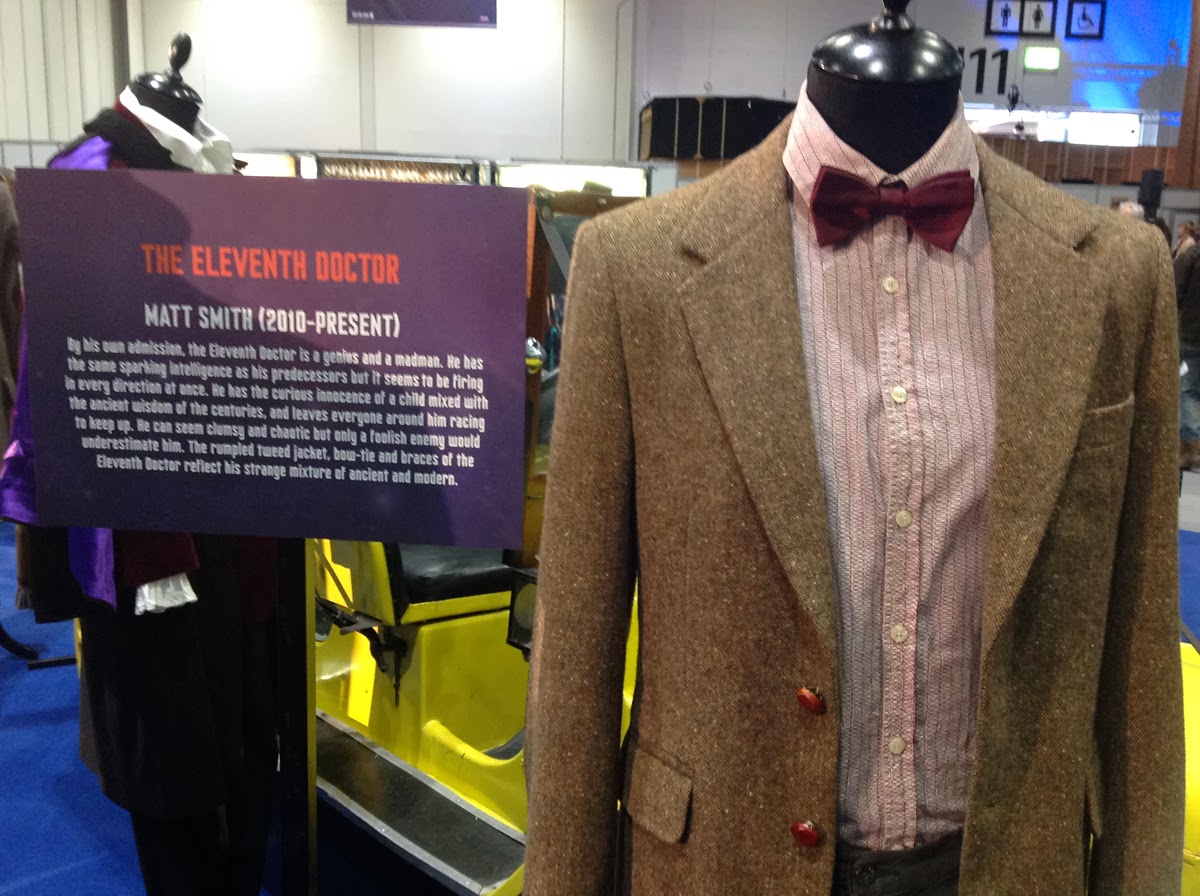 The Eleventh Doctor costume on show was straight out of the Experience, though it was originally displayed on the creepy waxwork of Matt Smith. 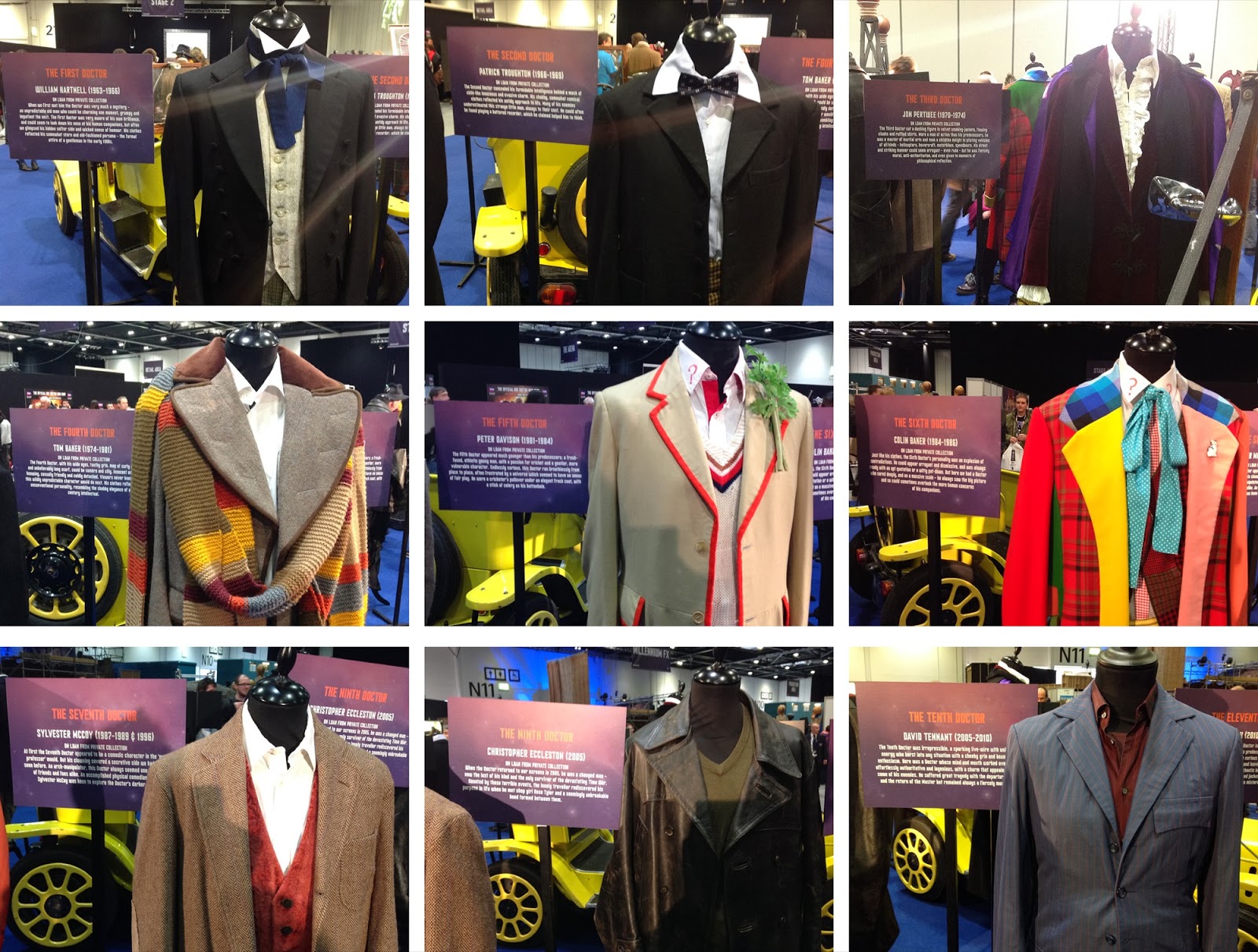 The Eleventh Doctor era was well represented, with several displays of costumes and set pieces. 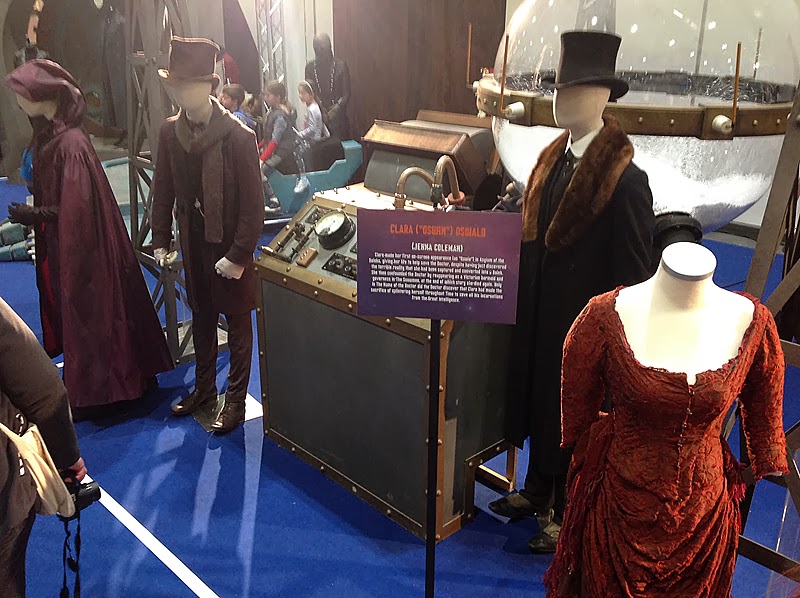 The centre-piece was from The Snowmen, which included The Doctor’s costume with top hat; Clara’s dress; Dr Simeon’s costume; all standing around the Great Intelligence snow machine.

There was also some prosthetic displays including a dinosaur from Dinosaurs On A Spaceship; and some background monsters from The Rings Of Akhaten. 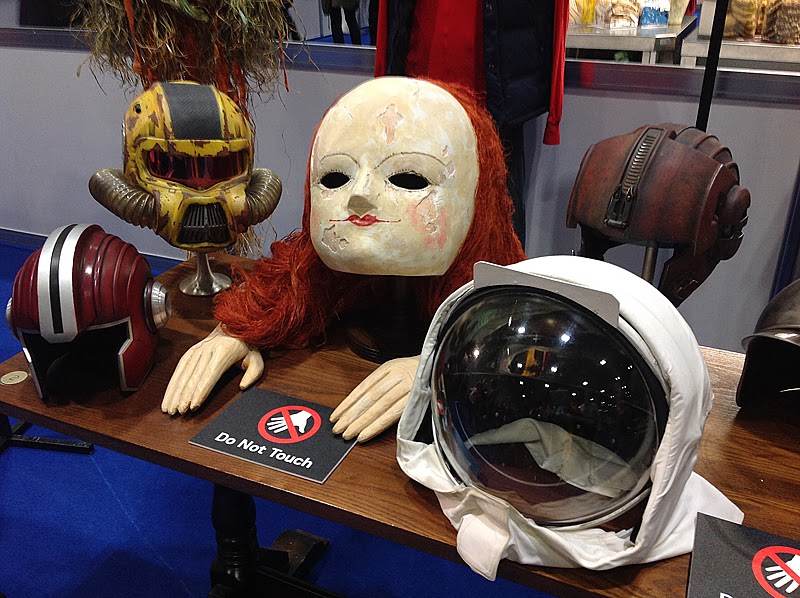 Finally there was a nice little mini display of masks and helmets, mainly from series six.


If you want to see the costumes for the other Doctors at the exhibition, click the links below

Posted by Steven Ricks Tailoring at 22:29

Email ThisBlogThis!Share to TwitterShare to FacebookShare to Pinterest
Labels: Doctor Who Celebration, Exhibition