Since it is day SIX of my Twelve Regenerations Of Christmas, I have something SIXTH Doctor related, and hopefully raise a smile.

Over the past year Forbidden Planet have been releasing a series of exclusive t-shirts depicting the Doctor’s costumes through the years. 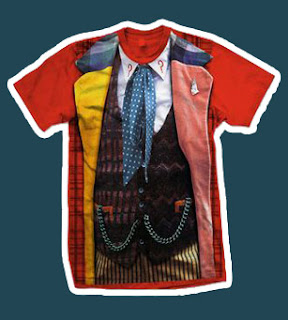 Some are better than others, and there has been particular criticism of the Colin Baker shirt, which in reality doesn’t look much like the publicity image. But never mind.
I’ve just been watch the Christmas edition of Come Dine With Me, which is a celebrity special. Amongst the ‘celebrities’ is none other than Colin Baker himself, and for part of the episode he was interviewed wearing one of the Sixth Doctor t-shirts!!

How’s that for celebrity endorsement! 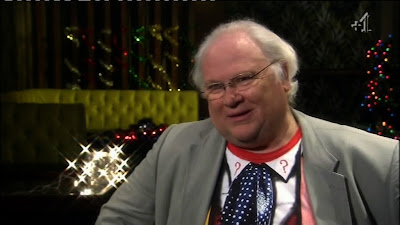