Day Three of my Twelve Regenerations Of Christmas, and I have a flashback to the early days of New Who Exhibitions.

As I write, The Doctor Who Experience is still at Olympia, prior to moving next spring to its permanent purpose-built home in Cardiff Bay.

What we have now is a slick, well planned interactive show and substantial costume display, touching the whole history of the series. 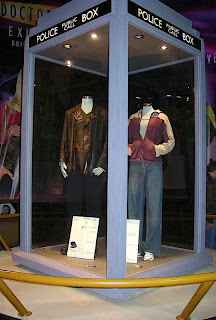 But spare a thought for the early days of the exhibitions where things were on a more low key note.

I went to the first ever New Series exhibition, which was held over the summer of 2005 on Brighton Pier.

All of the displays were static, bar a spinning TARDIS with the lead’s costumes; and a single Dalek which moved its head, flashed its lights and barked some orders. It all seemed very exciting! 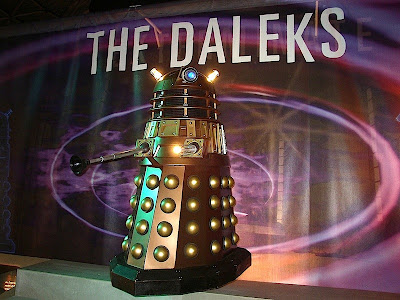 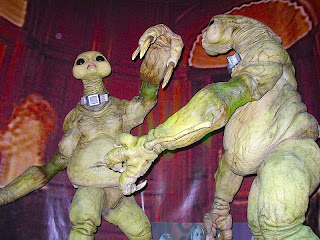 To be fair they only had one season of New Who to plunder, and it wasn’t certain that the return of a tired old show would be the success it has become.

Also on display were two original series dales: one a grey/black from Resurrection Of The Daleks (if I’m wrong, let me know) (see left); the other a 1960s silver/blue, which was in a very sorry state (see below). 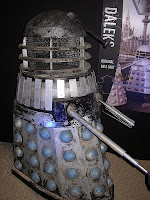 This silver Dalek was later sold for £4,800 at a Bonhams Auction.


Being a very early exhibition, I didn’t take that many pictures, but here’s my photo gallery of the event.