Today on the Twelve Regenerations Of Christmas I have a supplement to my popular Costume Index.

Series Six may have finished, but we already have had a number of DVD exclusive mini episodes.

Night And The Doctor
On complete Series Six DVDs disc 3 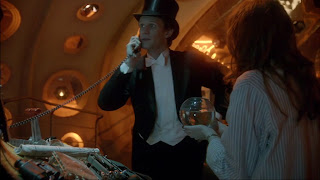 These night time between adventure tales kicks off with The Doctor arriving back in the TARDIS wearing his top hat and tales, previously seen in The Big Bang and Let’s Kill Hitler. 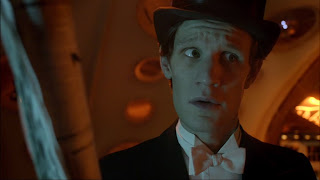 The costume recently sold at a Bonhams Auction for £2,625. 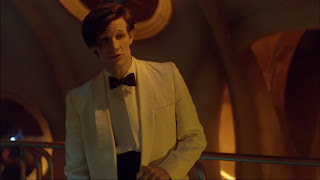 For the next part, The Doctor wears his white tuxedo, previously worn for the Hollywood pool party scene in A Christmas Carol.

We do get an interesting glimpse of the jacket’s cuffs, which show it has an uncommon five button vent (see left). 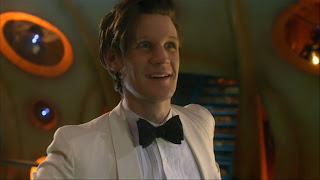 The final two parts form one story, with The Doctor continuing to wear the white pool party tuxedo. 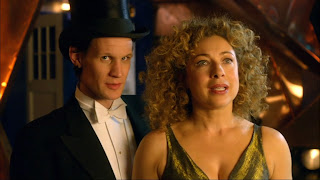 At the end of part four, an alternate timeline Doctor and River arrive, with The Doctor in his top hat and tails again.
Posted by Steven Ricks Tailoring at 00:00