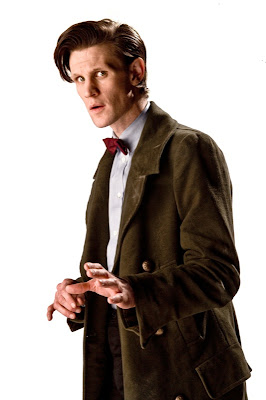 So, you’ve guessed it, I’m gonna have to make myself one of these green overcoats! How can I resist?

But where to start?

Well I’m already a couple of steps ahead – when I first saw the coat I did recognise that it was a moleskin fabric. It just has that certain look that only moleskin has. I’ve done my research and sourced the perfect fabric to use. What I’ve got to do next is devise a suitable pattern.

Now, I’m not expecting you to remember this (but bonus points if you did), but back in February last year I went to a surplus costume sale at Angels, the UK’s largest film & TV costume supplier. 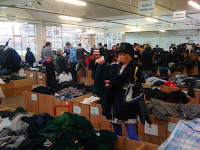 It was a total bun fight with rooms filled with shirts or hats or trousers or ties – all of which were not much above the quality of the lesser stock seen in a charity shop. Precious little had an Angels (or Berman’s) label in – and nothing was attributed to any actor or production. It really could have been anything.

However, there was a room which did interest me, one which contained all manner of military uniforms and greatcoats. The only problem was finding stuff of a decent size (most seemed to be for a chest 36 or smaller) or that still retained its original buttons (most had been ripped off and were bare).

Anyway, I did grab myself a German coat that ticked my boxes (see right) and I also came across is really nice American blue pea coat (see below), which although was not a great fit (that darn chest 36 again), I decided I would adopt anyway. 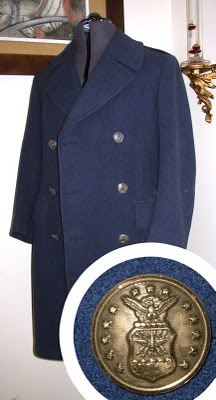 Since then it has been hidden away at the back of my wardrobe, and it only now occurs to me that it is perfect reference material for the Green Greatcoat.

Granted a lot of the key design points are missing or not right, but I am looking at the base shape of the body; the six-button double breasting; the large collar and lapels; the flapped horizontal pockets; and the plain back with simple lower vent split. 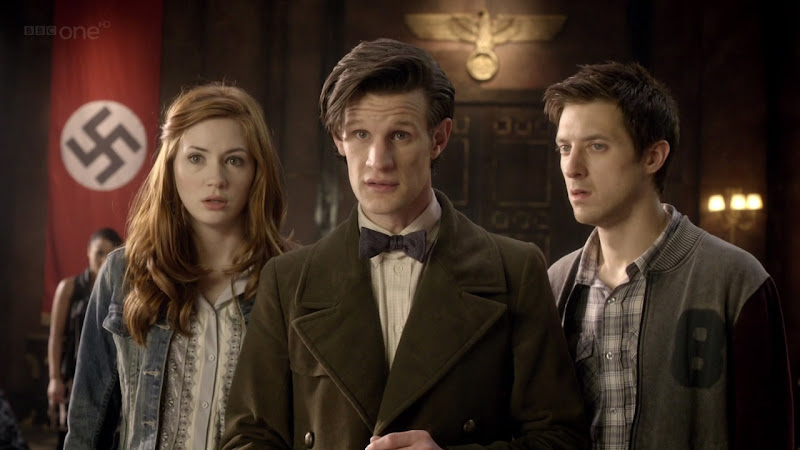 Since the jacket is too small for me I am NOT planning to use it to produce a reverse-engineered pattern. I am also only really interested in it for its construction, which will give me some ideas of how to design and assemble a similar coat.

As to the actual pattern I will use – I have something EXTRA special in mind for that . . .
Posted by Steven Ricks Tailoring at 08:11