It’s less 48 hours now until the second half of Season Six kicks off, and we will finally get to see a much anticipated addition to The Doctor’s wardrobe: the Green Greatcoat! 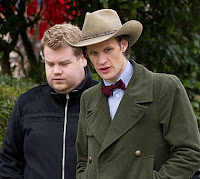 The very first hint and glimpse of it appeared in March this year, when Matt was spotted filming scenes for what we now know to be episode 12, Closing Time.

But what has tasken us by surprise from the episode previews of Let’s Kill Hitler, is that Matt will be wearing the new coat right from the outset (see below). 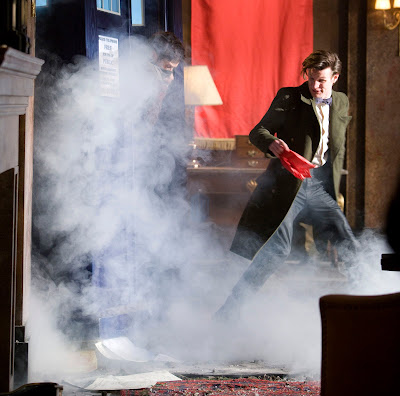 The BBC have also issued their promotional image to launch Season Six part two (see below) and the new coat is featured prominent there too.

At last we are now get a proper look at the coat, and I must say I am liking it even more. 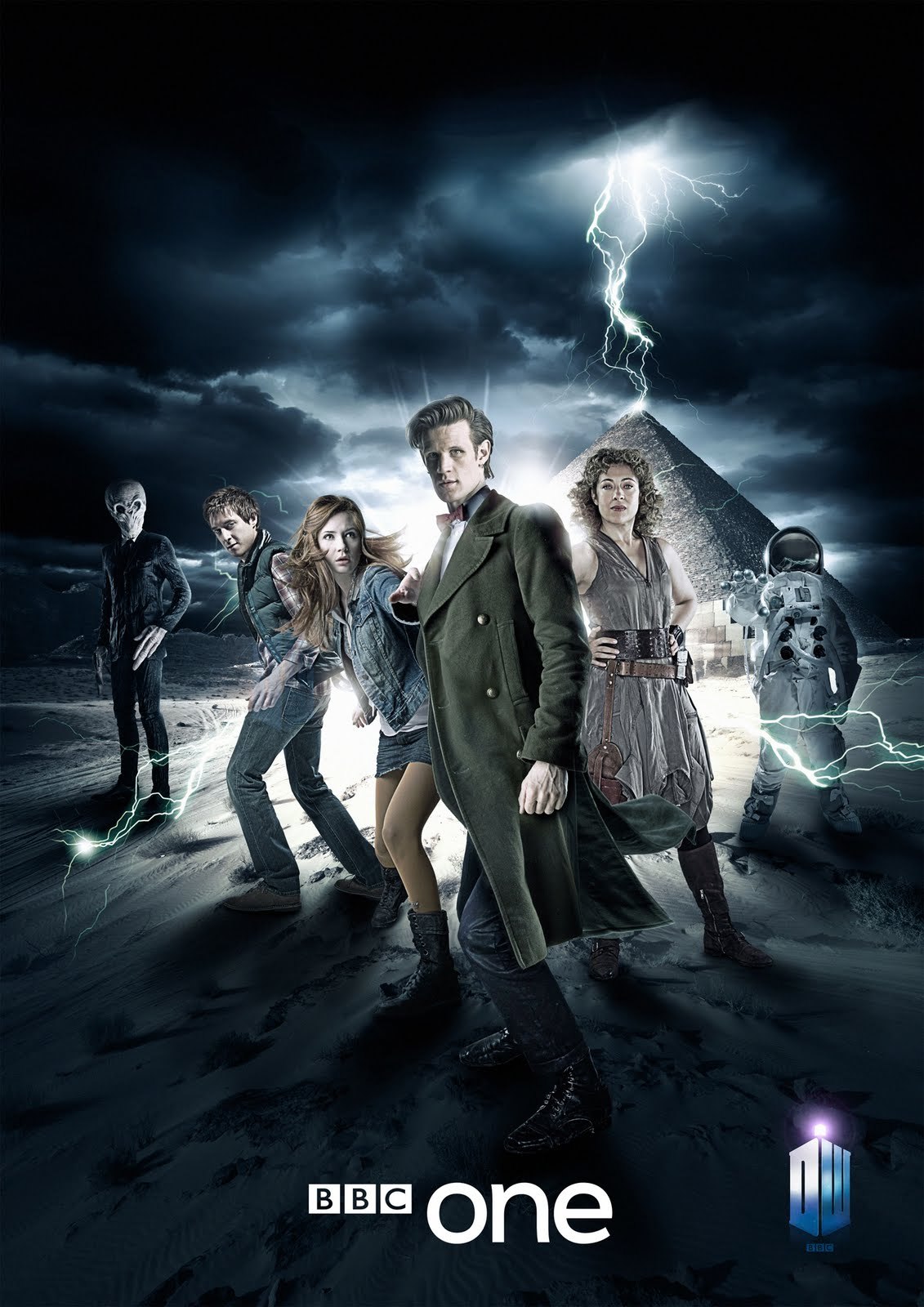 I’m finding myself looking at it now with similar eyes to when I first started appreciating the Tennant Coat. Initially that looked like a dull long brown coat, but once you spotted the little details like the vented back and the internal pockets, it was so much more and became iconic.

This new Greatcoat is revealing its own hidden depths, with the un-buttoned vented cuffs; back and front storm yolks and the two sets of front pockets as well as those flamboyant lapels and enormous collar. After the high buttoned Shetland Tweed jacket, this coat has a very low lapel notch by comparison, making it refreshingly different.

I can see myself wanting one of these - if not MAKING one! You know where I’m heading . . . .
Posted by Steven Ricks Tailoring at 23:18