Yesterday I posted a entry about a client of mine who created their own All Saints Layer Boots (see left) by adapting an existing pair of boots bought cheap off eBay.

Well today I have been contacted by a reader who has gone one step further, and commissioned his own replicas – built from scratch! 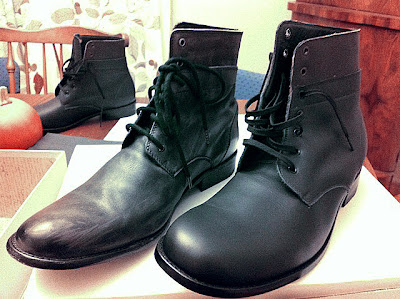 I must say they are the BEST replica boots I have seen yet.

They were made in Los Angeles by a company called Duran’s for $250, which compares well with the $450 being charged by Magnoli Clothiers for their boots.

They seem to specialise in Flamenco and Folklorico dance shoes, but also have a line in shoes for the entertainment side of things.

One their website you can find Elvis boots; Robin (the boy wonder) boots; and some rather spectacular clown boots!

Anyway, they were copied directly from a pair of All Saints boots, which you can see in the photos on the left as a comparison.

If you want to commission a pair, I am sure they could help you out. You have to contact them by phone, but their website is still worth a look. 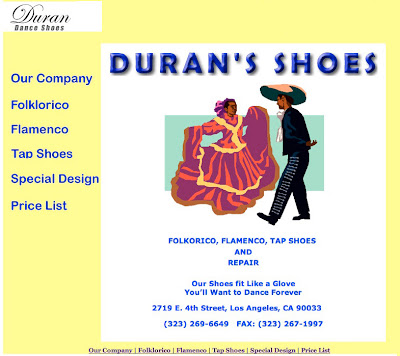 Posted by Steven Ricks Tailoring at 09:29