A lot has been said and written about tracking down THE boots Matt Smith has been wearing in season six, without officially finding the answer, as yet. 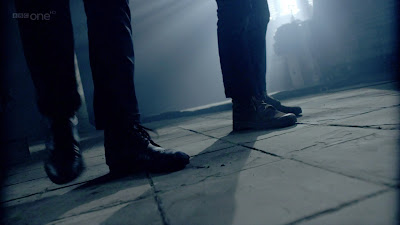 But on a brighter note, the alternative footwear he sported in The Rebel Flesh and The Almost People has been found by an eagle-eyed member of the dw_cosplay forum.

Here is another screengrab, lighten to show the detail. 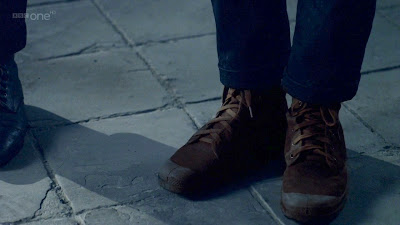 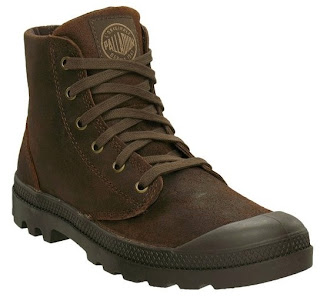 Apparently they are by a company called Palladium, who also made the footwear Amy Pond wears in A Good Man Goes To War.

The boot style is called Pampa Hi Suede, and you should look for them in the chocolate colourway.
They are (at time of writing) STILL current, and can be ordered through their online store. 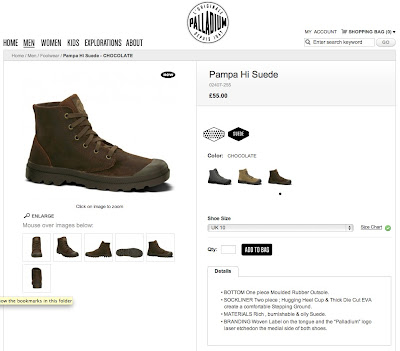 Posted by Steven Ricks Tailoring at 09:14