When I returned to the Doctor Who Experience recently, I not only took some cool Panoramic views of the displays, I also saw some of the new additions, added since the start of Season Six. 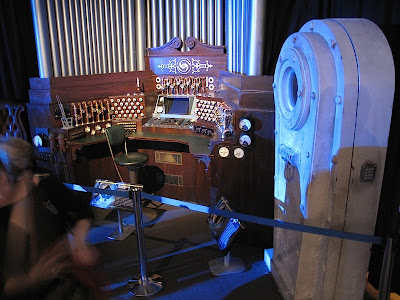 The first thing struck me was the removal of the Pandorica, which has been replaced by 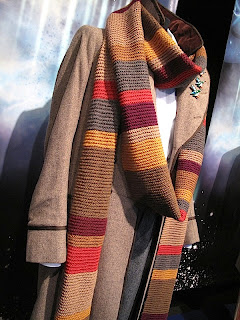 In the Doctor’s costume display room the only thing I was aware had changed was a revised scarf on the Tom Baker display.

It still isn’t a screen-used one, but it has been lovely made to the exact pattern and colours of the original, so looks stunning.

Moving into the next room, there are a couple of subtle changes, one of them is The Silence, who hang from the ceiling in a corner high above your head. 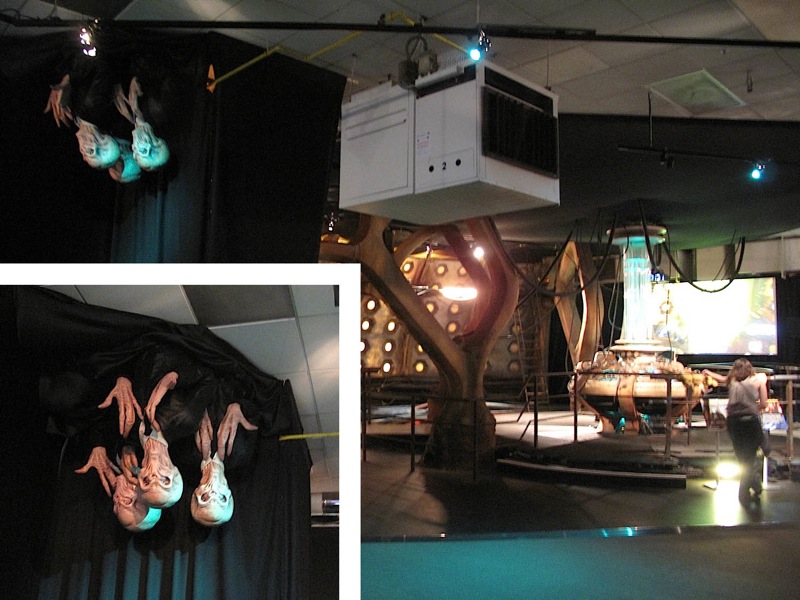 Elsewhere, another Tom Baker scarf has been added to the Classic Series Console Room display, hanging on an appropriately shaped hat-stand. The scarf is from season 18 and thus erroneous since the console on display did not come in until The Five Doctors in season 20. It’s a shame they didn’t put McCoy’s umbrella (which is missing from his costume display) instead.

I didn’t notice this had been added until I reviewed my Panoramas, where you can see it.

In the Monster Zone, there is now a additional display showing the winner of the Design A New Monster competition run by Doctor Who Adventures magazine. 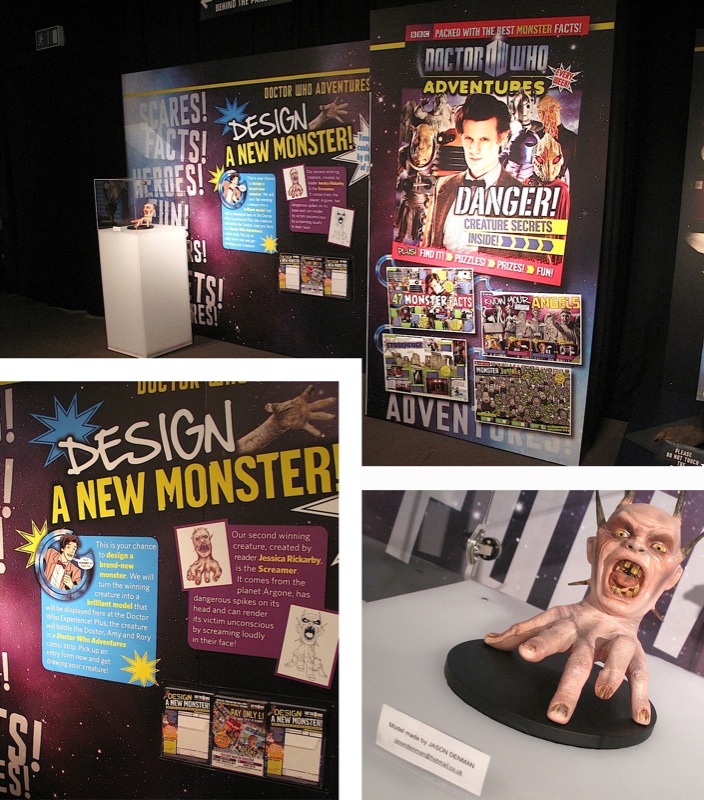 The design is shown, and I gather it will be featuring in the comic strip in a future issue. Also on view in a glass case is a model made of the design. It’s a bit freaky to say the least!

In the main Monster Zone, the centre display stand, which originally contained the K1 Giant Robot, as now been filled by two of The Silence. 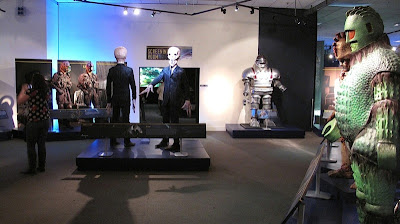 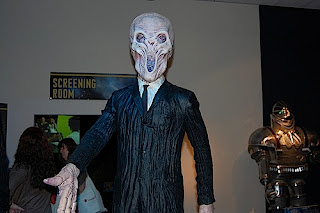 I’m form the old-school, so I’m a little disappointed the Robot got moved, but I guess they want to give more prominence to the latest stuff the kids like.

Finally, there is a corner of the exit area now given over to some of the latest episodes, with the junk console from The Doctor’s Wife, as well as Idris’ dress. 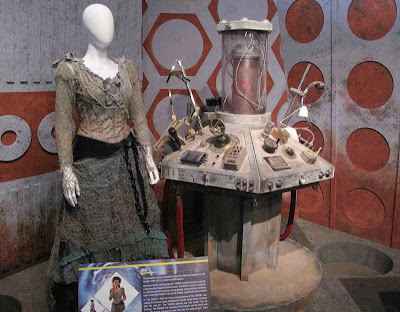 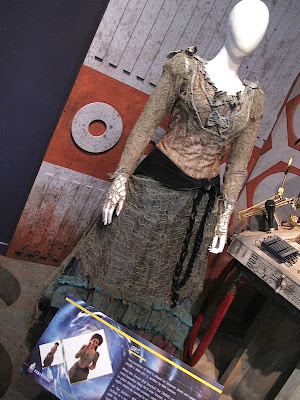 The dress is beautifully made, with all sorts of textures and delicate designs. I feel sure I have seen some of these fabrics on my visits to The Cloth House in Soho . . .

The console – the FOURTH on display – was the result of another competition, this time through Blue Peter.

I’m not entirely convinced by some of the dressing on it – the shower-head I think is a step too far – but it is in keeping with the trim phone and typewriter incorporated into the main consoles. 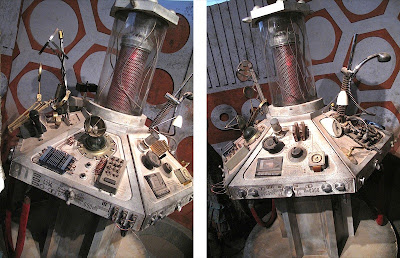 The exhibition is due to relocate to Cardiff in November, so I hope there will be enough time to see some of the items from the second part of Season Six once it is show. Time will tell.
Posted by Steven Ricks Tailoring at 15:18