After going on a Guided Tour Of London Doctor Who locations, how better to spend the afternoon looking around the London Film & Comic Convention in Earls Court.

I made it my mission to see if I could catch and photograph as many Doctor Who cosplayers as I could spot.
Here, grouped by Doctor, are the ones I could find. 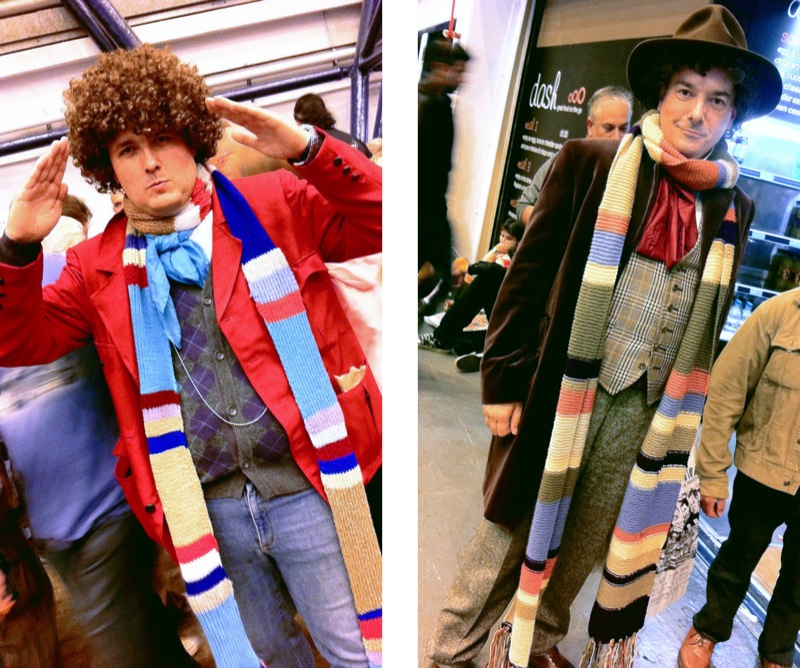 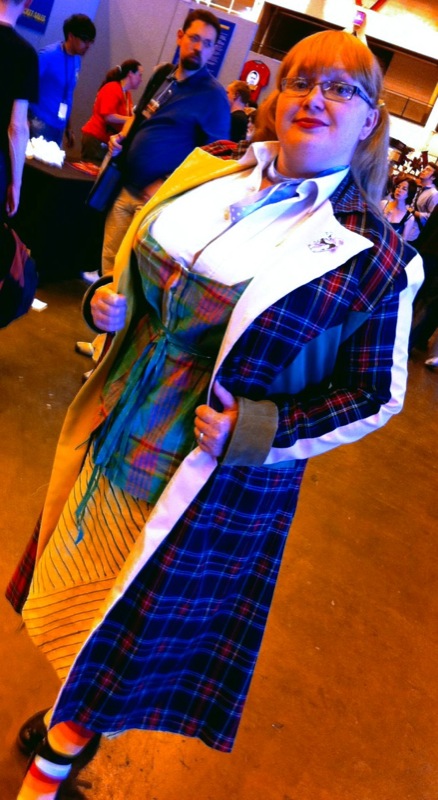 Nobody seemed to dress as Doctors One to Three, but there were a couple of Fours, one of whom I had met before at the Time Quest event early last year.

I didn’t spot any Fives, but I did find a Femme Six!

Looking around I did then spy a total of three Sevens (though I only snapped two) and an equal number of Aces to go with them, one of whom had been my tour guide earlier in the day on the Doctor Who London Tour! 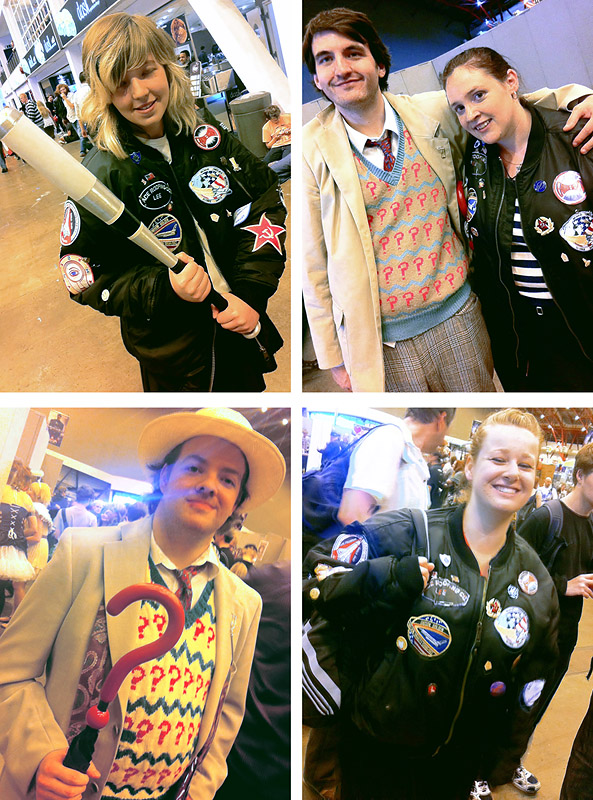 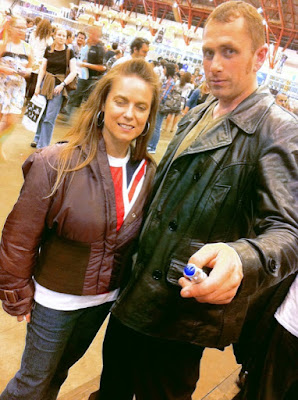 I spied and missed the only Eight at the event, but I did catch the sole Nine who was out with his Rose from The Empty Child.

I also found an appropriate Rose for one of the Tens I spotted.

Other Tens included a lad I met at the Doctor Who Prom this time last year; and one of my clients, proudly wearing his coat. Apparently his coat had been recognised at the weekend not only as a Tennant Coat, but as one of my Tennant Coats, which was flattering. 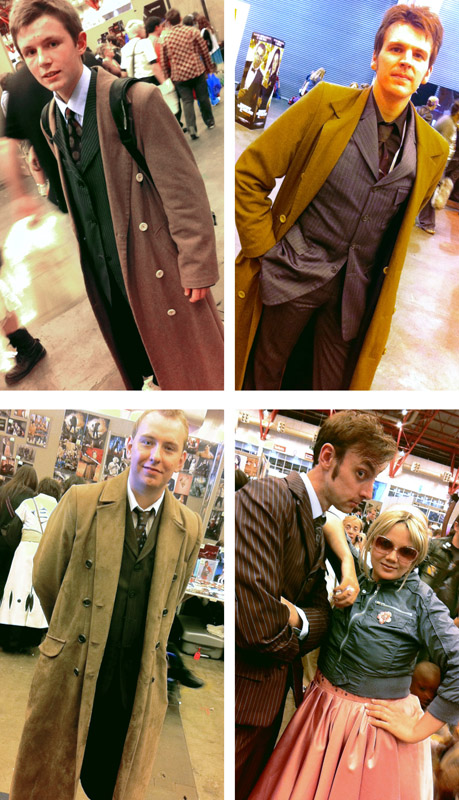 This only leaves the Elevens and the Amys, which as you would expect were ten to the dozen!

Here is a selection of both. 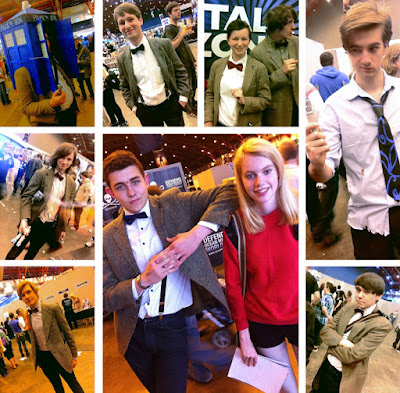 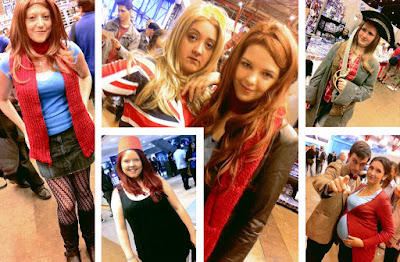 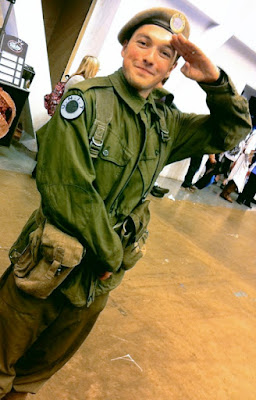 But my favourite Doctor Who cosplayer of the day goes to a young lad who was dressed in UNIT uniform.

Every time I saw him he was smiling profusely and looked like he was thoroughly enjoying himself, which for me is what cosplay is all about - HAVING FUN!

UNIT boy –
I salute you!
Posted by Steven Ricks Tailoring at 20:59