This week is one of the few times dreams come true for Doctor Who cosplayers!

The much demanded and anticipated Paul Smith ‘scroll stripe’ shirt worn by Matt Smith in series five is now finally back in stock, having been brought back by popular demand. Now, word is this is a very limited run, and will only be in stock literally, while stocks last!
So if you want one – grab one quick. 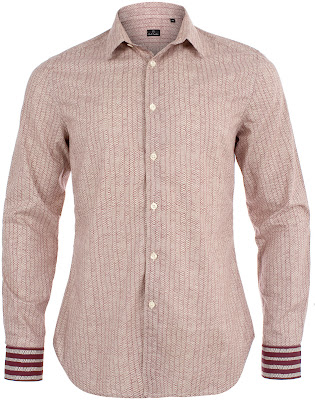 The webpage is accompanied by some great pictures of the shirt, and to preserve them when stocks are expired, I have included them here, at their full resolution (click on the pics to enlarge).
The shirt includes pretty much ALL the design details demanded: the buttonstand is three columns wide, with the buttons visible (see below); there is no breast pocket, as some found shirts had (see above).

The cuffs are striped, with two buttons on the cuff, though strangely there are three buttons in the placket, not one as screen-used. 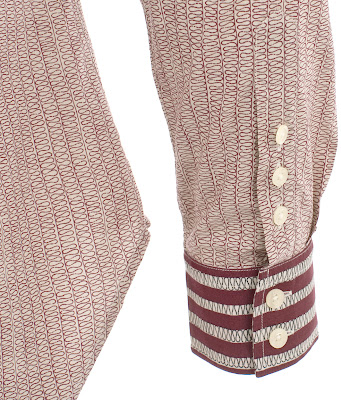 The back is tailored (see below) as was the one Matt Smith wore, in the same way as the shirts that were available from JohnAnthony.com.
The photos do not show the red embroidered PS motif on the placket of the right-hand sleeve, but this may be a prototype and it possibly appears on the sale shirts. 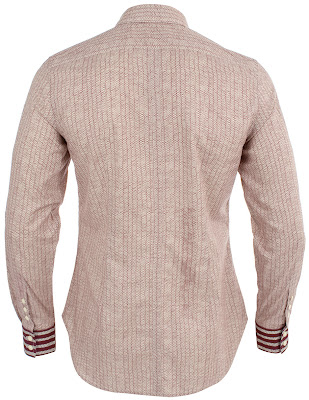 The only sad news is that there will be no blue colourway to accompany this burgundy version.
Still, best not look a gift horse in the mouth.

Instead we should all offer a MASSIVE thank you to everyone at Paul Smith who made this happen – they have made a lot of Doctor Who fans very happy!
Paul Smith is cool!!!

Posted by Steven Ricks Tailoring at 18:14