The second half of Series Seven is less than a month away, and the BBC publicity machine has creaked into action and released the first images of Matt and Louise this year. 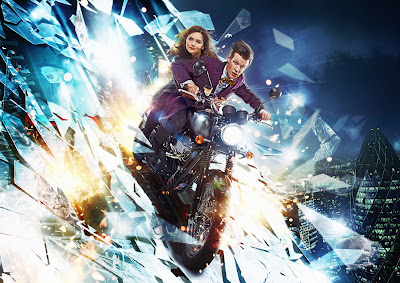 A lot has been written about the sneak peeks at the monsters awaiting us, but with the eyes I have my focus is on the costume Matt is wearing!

Now I like these photoshopped images as much as the next guy, and having worked in advertising for 20 years before becoming a tailor I have more than the average idea of what goes into something like this.

But this has been photoshopped to within two steps of hell!

Where has that GOLD bow tie come from?

And having found the original cashmere fabric, I can tell you it is NOT that shade of plum and the woven grid on it is most definitely not that shade of purple.

You can see his new boots, but again the colour combinations there are somewhat twisted from the real thing. 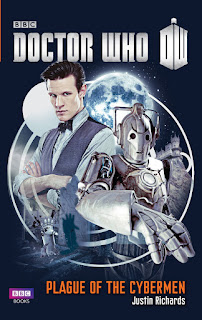 A similar distortion can be seen on the covers of the latest tie-in novels to be released.

Someone wrote to me recently asking about the new purple waistcoat.

What purple waistcoat I wondered?

I then realised they meant the cover of Plague Of The Cybermen where his new GREY waistcoat has been retouched to look a mauve colour.

Just one tip - if you’re assembling a cosplay for series seven, these promo images are NOT the thing to use for reference for colour!
Posted by Steven Ricks Tailoring at 11:19