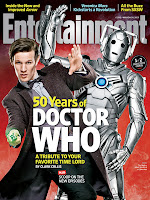 With the increasing popularity of Doctor Who in the US, where is now seems to be seeping into the mainstream, Entertainment Weekly has put the launch of the new series on its cover - not once, but twice! 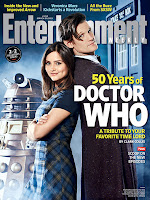 Call me cynical, but it seems to be a common thing these days to produce an alternative cover to sell more copies of a magazine, especially when a popular film or tv show is being promoted, backed by a collector-based fan base. 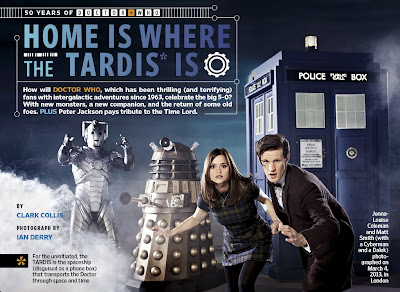 The photos were taken in London by photographer Ian Derry.

He takes a lot of shots for entertainment magazines as well as blue chip magazine advertising. 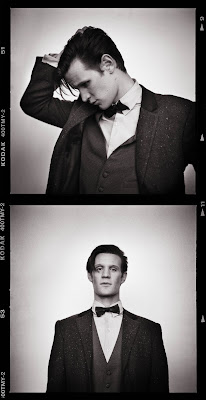 The shoot included the TARDIS, the latest redesigned Cyberman and curiously an ‘old’ style Dalek!

Funny those bump-n-go Daleks from series five seem to have taken a back seat - thank God!

Part of the shoot included some more candid shots of Matt, taken unusually these days on film rather than digitally.

Finally there’s a nice relaxed portrait of Matt and Louise exiting the TARDIS.
The frock coat is looking quite brown in this shot, not quite the right colour. 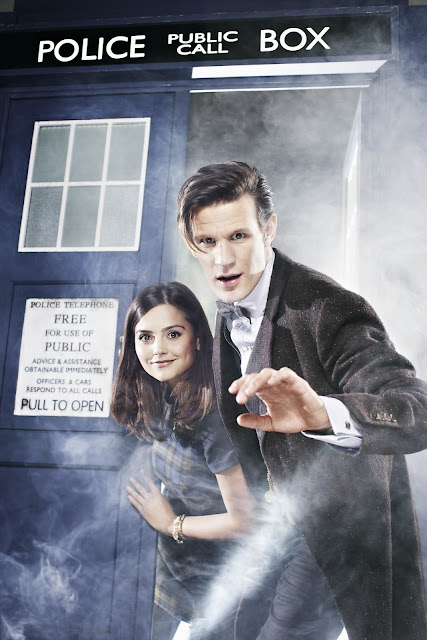 Posted by Steven Ricks Tailoring at 17:49