This year Scott Sebring has done me some great photos.

As well as taking a group shot with three of my Ultimate Six Frock Coats, he also did me a nice full length shot of me in my new Cashmere Frock Coat.

While we were about it, Scott had the brilliant idea of doing a head-shot a la the classic Doctor Who opening credits!

Scott positioned a lamp behind me to give that highlight halo around the edge of my head, and placed some other lights to catch the side of my face.

We did a couple of takes, and then gave the chance for a number of other cosplayers to step in to get their shots too as the camera was perfectly set for just the right shot.

Then it was just down to having some fun in Photoshop to recreate the look and feel of Tom’s iconic appearance from 1975. 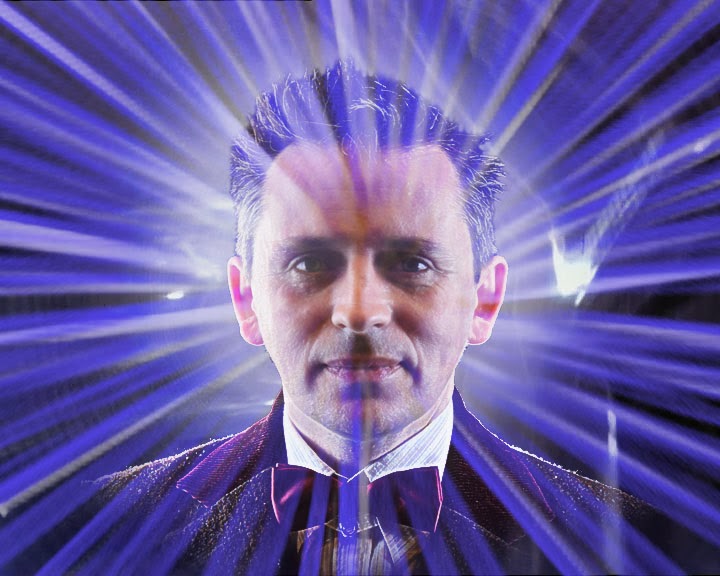 My first go was okay, but I think the flare across the face is a bit too intrusive.
I had another go, toning it back quite a bit. I think I like this better.

This will be my new avatar! 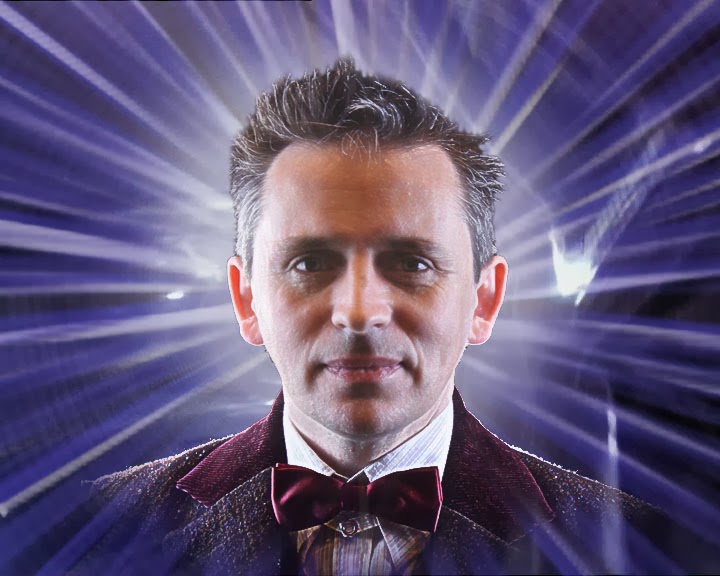 Posted by Steven Ricks Tailoring at 15:22

Email ThisBlogThis!Share to TwitterShare to FacebookShare to Pinterest
Labels: Gallifrey One 2013