A Touch Of Shetland Tweed

So, I’m mindlessly watching ITV3 this week, just to unwind after a long day’s tailoring, and guess what I spotted? 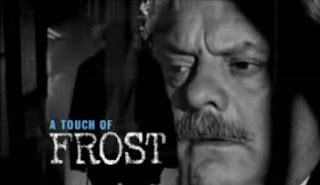 In one of the seemingly endless re-runs of David Jason in A Touch Of Frost, I sat up to attention when I noticed the trilby hat he was wearing was made from none other than the Matt Smith Shetland Tweed!

Now it is fractionally different, in that it has a single orange vertical stripe in the pattern – but otherwise its spot on!

The episode was Private Lives, and dated from 1999. It also had Maureen O’Brien (Vicky from the William Hartnell era) in a small role.

I wonder if this is a slightly early version of the weave? I’ll have to ask next time I’m at W Bill. 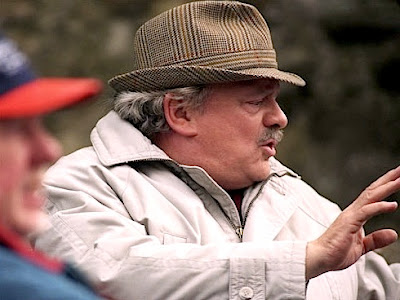 Posted by Steven Ricks Tailoring at 18:30