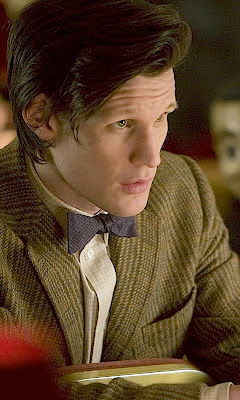 I often get emails asking me about the bow ties worn by Matt Smith.

The problem is that early on in series five Matt’s bow ties were hand made from specially sourced silks, so finding one off the shelf made in the exact fabric is impossible, though there are some similar ones out there.

Series six proved to be even more of a challenge with the introduction of a couple of blue ties in very unique woven fabrics.
By far the most fan-popular of these is one with a form of aztec key design.
It has raised I shapes in blue, against a black background.

One of my readers recently sent me a link to a website which has a bow tie that is not dissimilar to the aztec key design, having a parquet pattern (like the wooden flooring) instead. 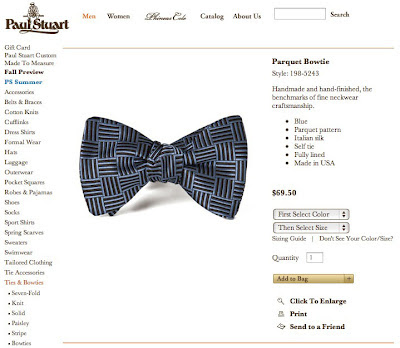 It’s by no means perfect, but it is the closest thing I’ve seen for a long time. 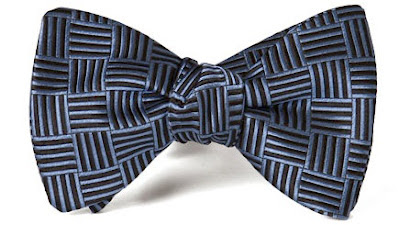 As usual I would include the link here, but it appears to have been a limited item and is now already discontinued.