Asylum Of The Daleks - BFI preview

Last night was pretty bonkers - almost as bonkers as the Daleks in the Asylum itself! 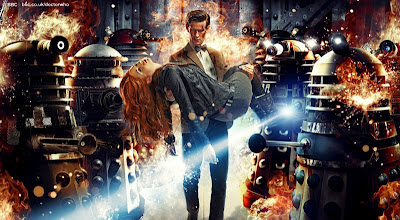 When I heard they were holding a preview of the episode, I HAD to get along to see it.
The box office opened back in July and was initially for BFI members only. Knowing it would sell out in a matter of hours, I renewed my membership and decided I would go and buy my tickets in person.

I got there for when the BFI opened that morning and then queued for over two and a half hours before they finally started taking books.
It was touch and go, as their computer system seemed to crash as soon as it was online and when it was up and running the four seats I choose were sold before the button could be pressed to buy them! Luckily an alternative set were found and I had my prize! 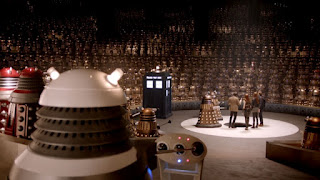 Tonight was the night we had been waiting for and I met up with Matt Elliott and his girlfriend outside the BFI before going in.
While waiting I was approached by a couple of people who recognised me from Cardiff. I had minded their bags in the Blue Box Cafe before seeing the TARDIS set, and they were still grateful for my gesture, which was sweet. 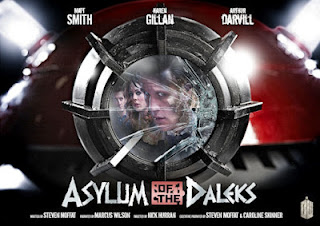 After an age hanging round, it was time to go in. It was allocated seating, and our seats were over to the far left. Pretty quickly the auditorium filled up.
Projected on the screen was a spoof poster for the episode, in the style of a feature film. Nice. 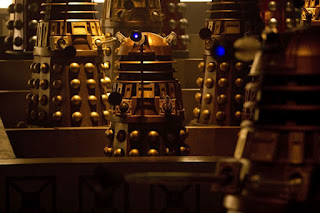 I realised the front dozen rows at the centre had been reserved for the press, as this was technically a press preview. Behind them remained an empty couple of rows. 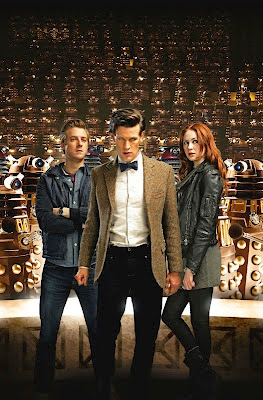 It wasn’t long before we found out why - a door down the front opened and Matt Smith, Karen Gillian, Arthur Darvill, Steven Moffat and a whole entourage of people paraded to the the warm welcome of everyone present, and they took their seats - right in the middle of the audience!

We later found out there was a large contingent of Doctor Who crew in attendance, plus Nicola Bryan, who played Peri alongside Colin Baker!

The screening was presented by the controller of BBC1, who laid praise and plaudits on The Moffat and Matt Smith, making them sound like the saviours of British television. 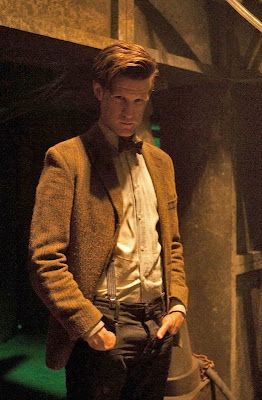 After an extended trailer for upcoming BBC drama programmes (excluding Doctor Who) it was finally time to see Asylum Of The Daleks!

I really want to keep this spoiler free - for reasons you’ll understand later and when you get see it for yourself on or after the 1st September.

But trust me - it’s a corker of an opening episode!

By the way - are those more NEW braces The Doctor is wearing ...?
Posted by Steven Ricks Tailoring at 19:51