As if having the chance to see an amazing preview of Asylum Of The Daleks, we also got to see a question and answer session with matt Smith, Karen Gillian, Arthur Darvill, Steven Moffat and Caro Skinner! 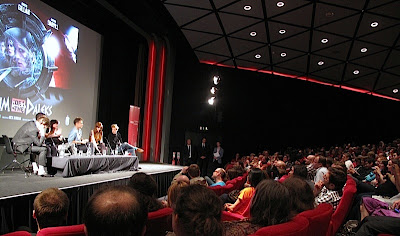 It was hosted by Richard Bacon - an ex Blue Peter presenter who now has an afternoon show on Radio 2.
Earlier the same day he had Steven Moffat in his studio chatting about the new series as a prelude to tonights screening.

The first things he did was reprimand Steven for lying  to him about certain details of the season opener! He had categorically stated one thing - which when you see the episode is totally untrue!

Here is a selection of photos I took from our near front row, but far left position. 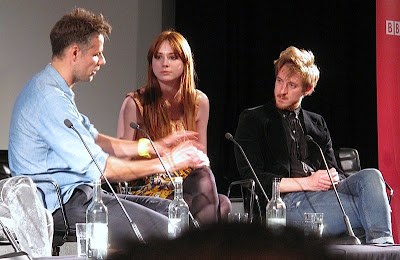 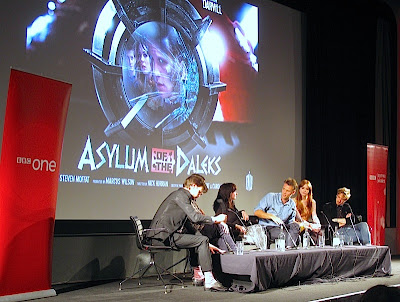 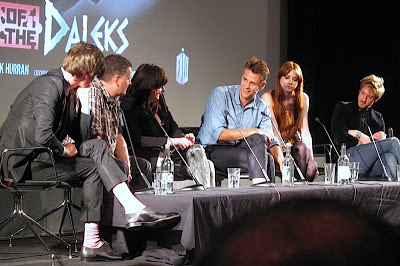 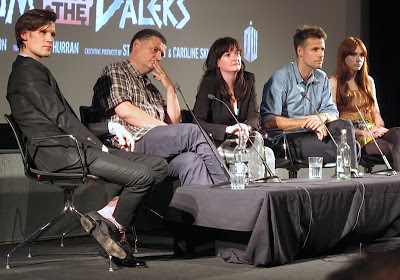 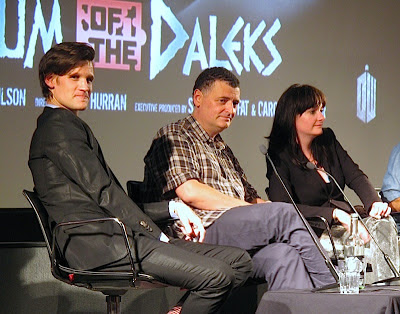 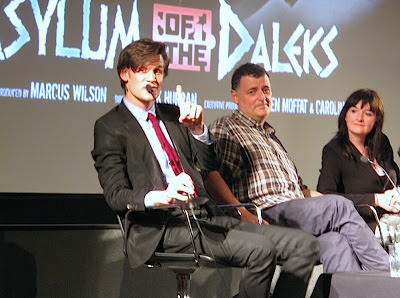 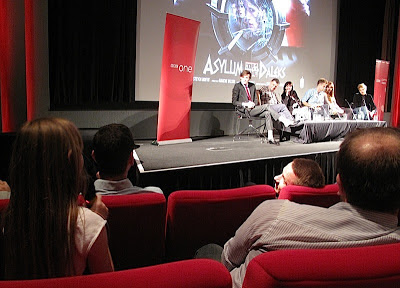 Posted by Steven Ricks Tailoring at 22:10