The Stetson has landed

If you read my review of some places to order genuine Stetsons, you’ll know that I ordered one myself.

Since posting that entry I have had a number of people contact me, eager to know if mine had arrived yet – and this week sure enough it did! 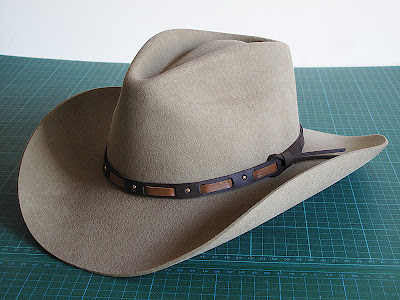 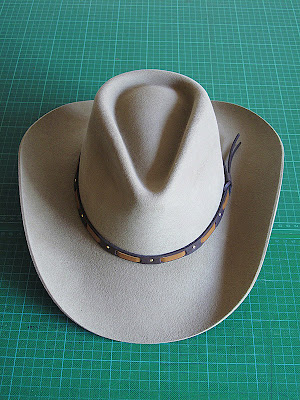 I ordered my hat from Ram Hats, as they looked to give the best price for shipping to the UK, as well as have a good range of sizes showing in stock.

My order was placed on the 28th March; I had a shipping notice the following day; and it arrived on the 4th April, just under a week later. The shipping method they used (International plus insurance) slipped quietly in and I didn’t get any import duty charges.

A friend of mine in Germany, Roland, order his Stetson from Sheplers at the same time as me.  Shipping to Germany was $44 and it arrived in three days! Along with a €34 customs charge.
Sheplers use UPS, and these track-and-trace shippers although much quicker, are monitored more closely by customs. As a result they are more likely to impose extra charges. Something to think about.

Now, this is gonna sound somewhat naive of me, and probably a bit dumb, but I must admit I was expecting a much softer hat than what it is!

Reading that the hat was made of felt, I was expecting something like, but a bit stiffer than, my felt fedora.
To my surprise, the whole thing is absolutely rock hard! I mean real stiff – Odd Job bowler hat stiff!

Now I’m sure this is the way these hats are, but I just wasn’t expecting it to be SOOO hard!!!

Now I’ve got over that, I am extra pleased I measured my head carefully and choose the right size. There isn’t much give in the circumference, so if I had got it wrong it wouldn’t stretch or flex much to squeeze it on. 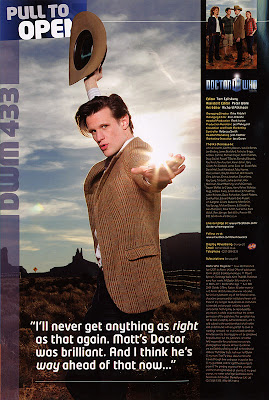 Also out this week was the latest issue of Doctor Who Magazine, inside which there is a picture of Matt holding his Stetson aloft. Inside you can see it is lined with a green silk, just like mine!

Looks like it is the right hat.
Posted by Steven Ricks Tailoring at 15:07