This week’s episode, The Crimson Horror doesn’t seem to have any separate costume portraits of The Doctor, although there is a composite publicity still that seems to use one. 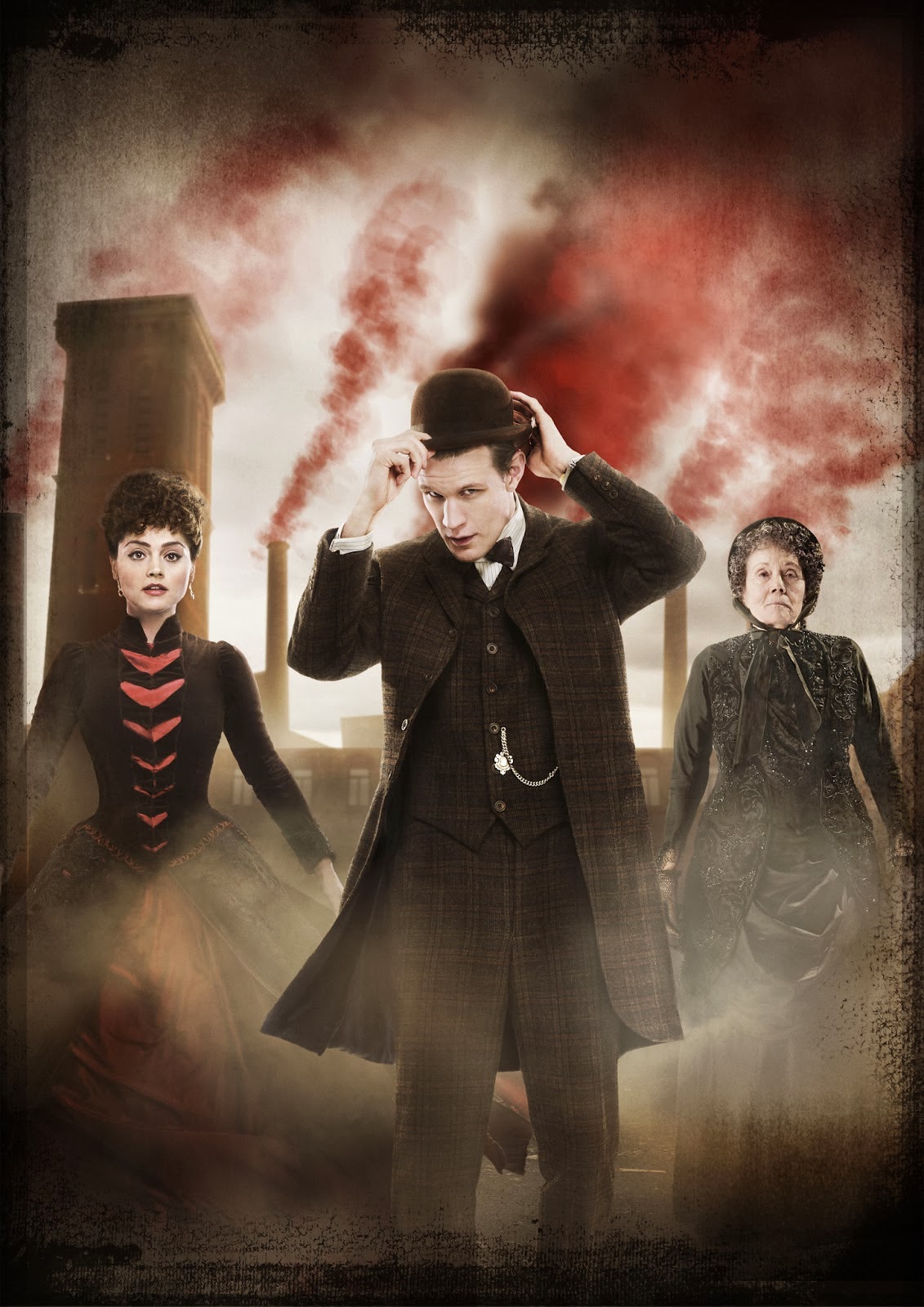 If we had this image on its own we’d have a great source of detail for the costume.

He wears the brown brogue boots first worn in The Snowmen over Christmas. 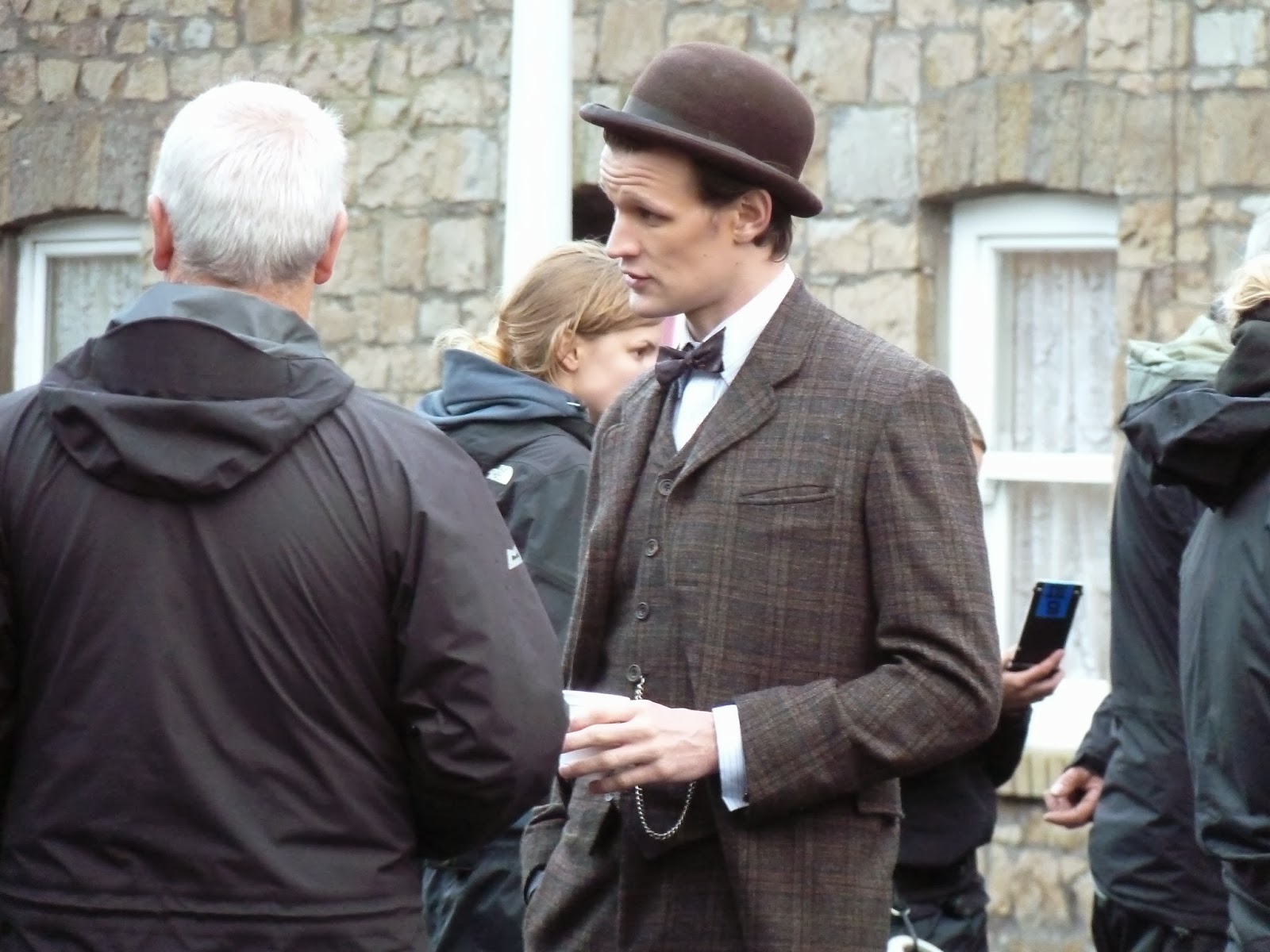 As a substitute I thought I’d take a look back over some on-set pictures taken during filming, which show the costume off quite well. 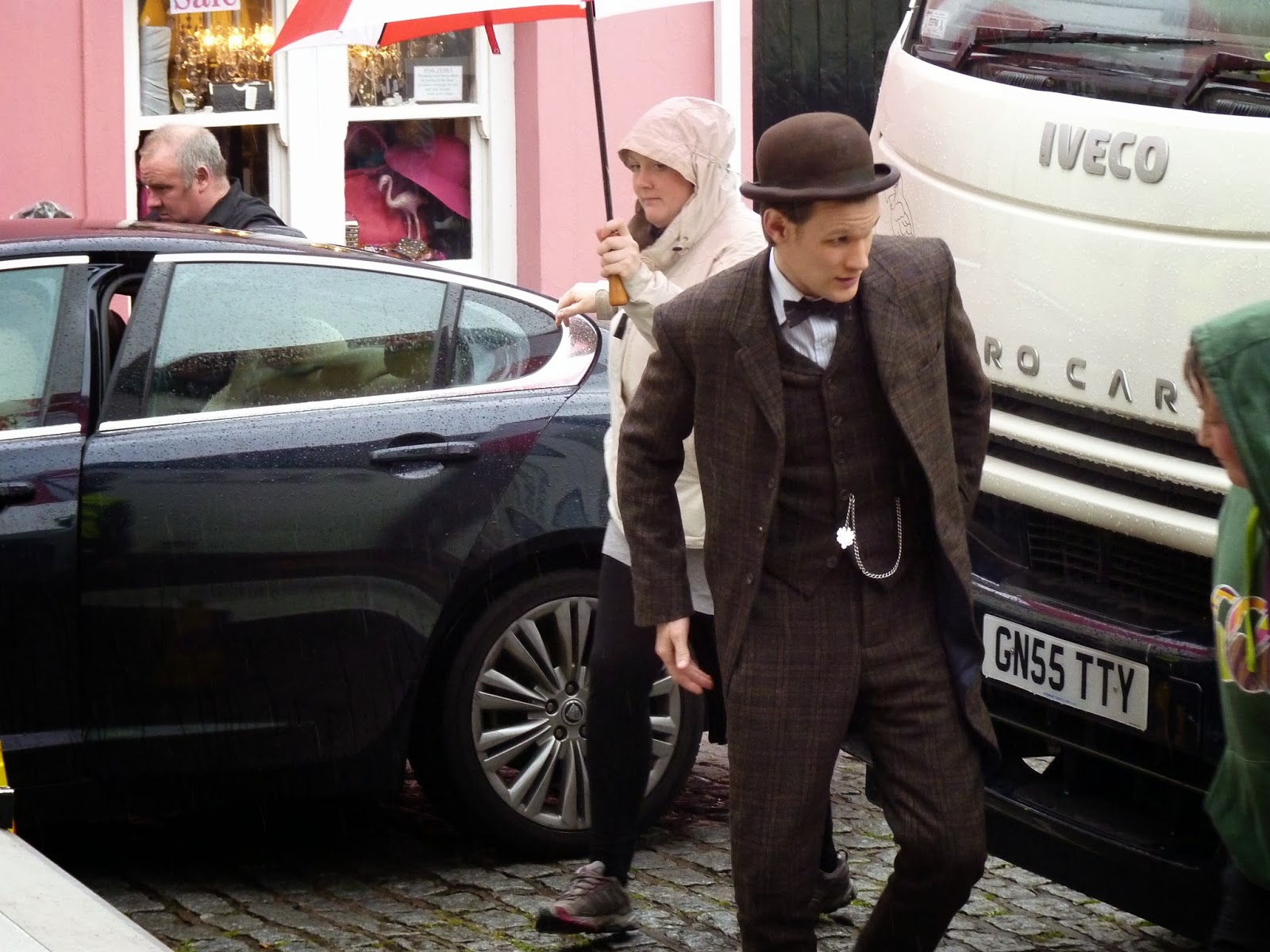 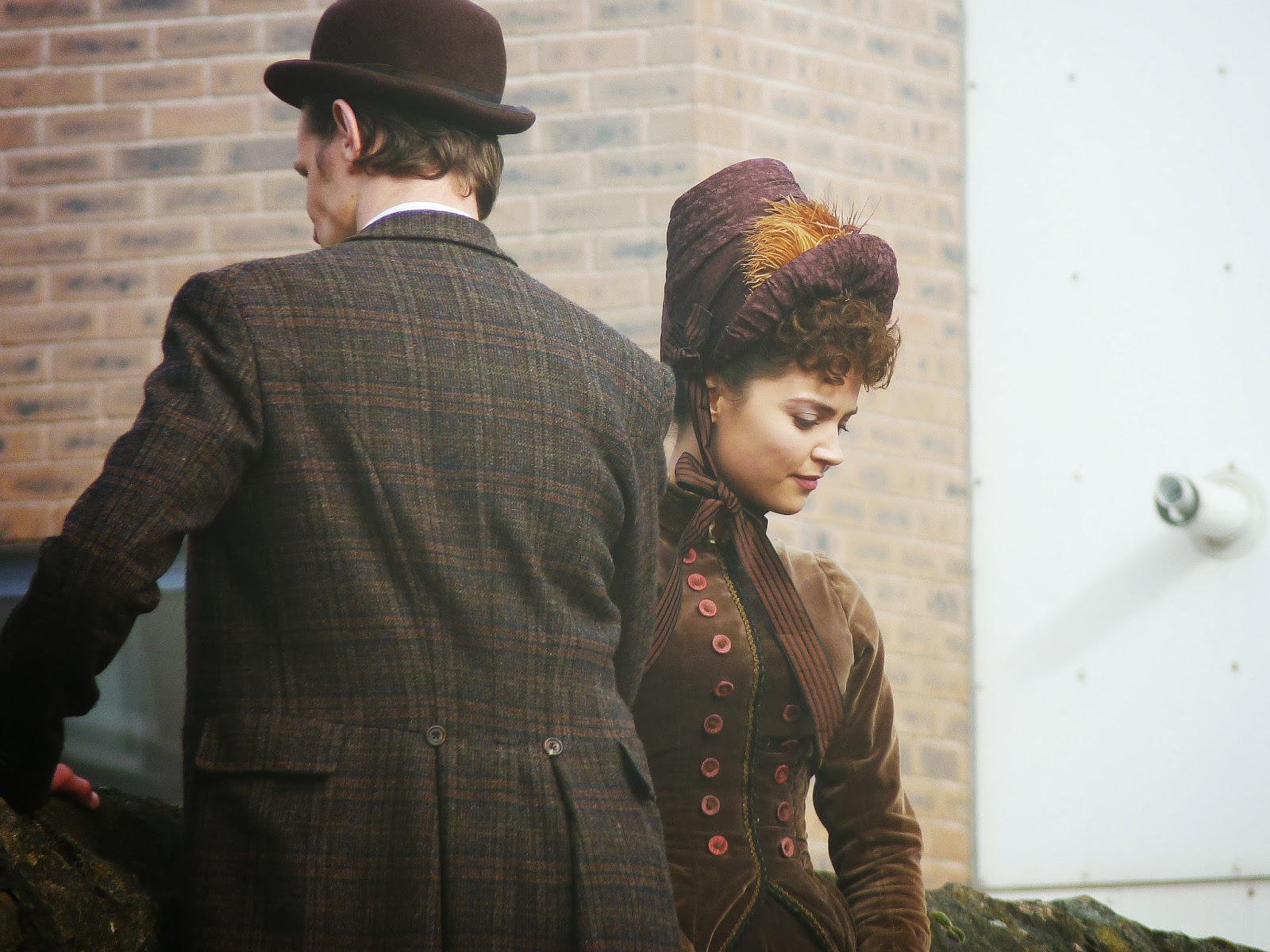 This shot has a nice view of the back, showing the jacket to be in a frock coat style, heavily adapted. 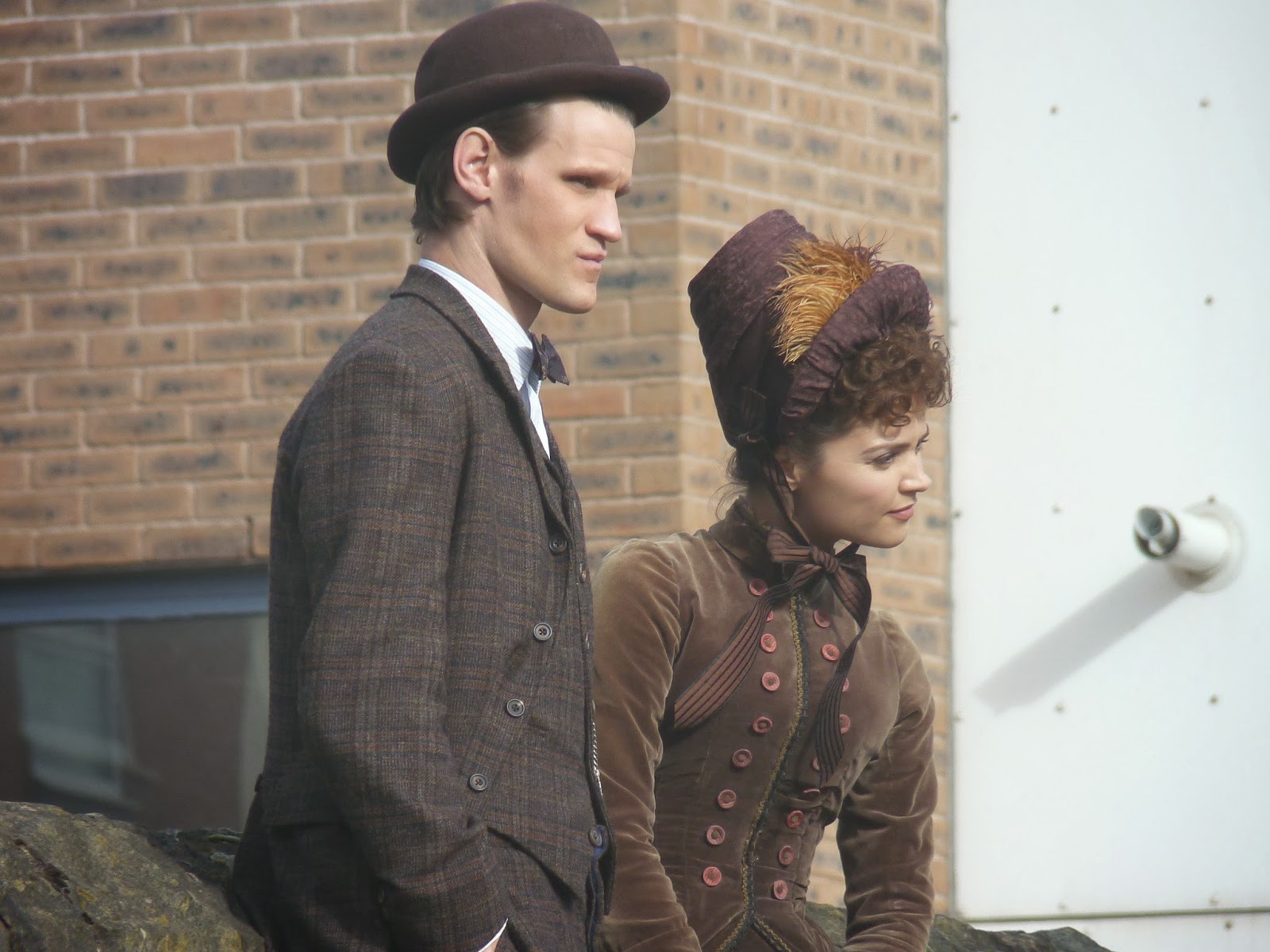 Posted by Steven Ricks Tailoring at 20:31