A Meeting Of Doctors -
on OFFICIAL BBC tumblr page! 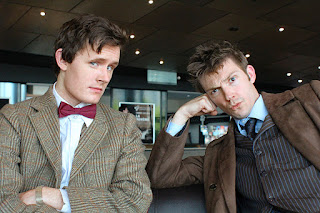 Do you remember last year I did a big photoshoot in Cardiff with Kevin Coppa and Matt Elliott, my Tenth and Eleventh Doctor look-a-likes? 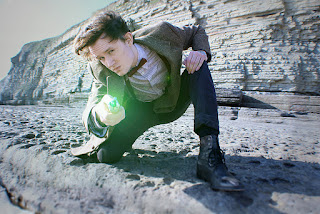 We had a great time and took some fun shots around the Cardiff locations. 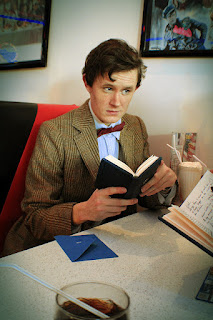 Our best shoot was in Eddies Diner, the location for The Impossible Astronaut.

We even got mistaken for the REAL Doctor Who crew and caused some online speculation of a return to scenes from previous episodes!

Anyway, Matt dropped me an email this week (that’s Matt Elliott, not Smith) to tell me one of our photos had been picked up by the Official BBC Doctor Who Tumblr page, and it had been liked, shared and reposted almost 19,000 times!

Doctor Who Official on Tumblr:
Best cosplay ever?

Posted by Steven Ricks Tailoring at 12:53

Email ThisBlogThis!Share to TwitterShare to FacebookShare to Pinterest
Labels: Meeting of Doctors