This week Doctor Who returns to the Wild West – the first time since 1966 when William Hartnell sought out a dentist in Dodge City during The Gunfighters. 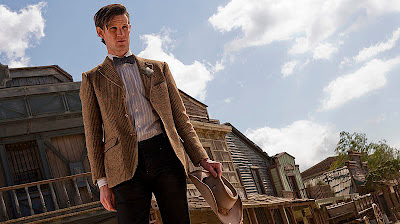 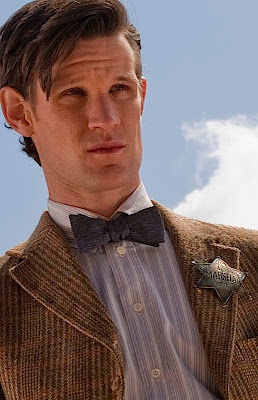 As part of his Wild West adventure, it seems The Doctor picks up another Stetson (though it is not quite the same as the one seen in Closing Time and The Wedding Of River Song) and a Marshal badge! (see left)

It’s a nice simple addition to an Eleventh Doctor costume, so I’ve been looking around and have found some Marshal badges close, but not quite the same as The Doctor’s.

The first place I looked inevitably was eBay, where I found the follow. 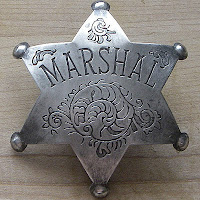 This one’s quite nice, but a bit flat and without a boarder. 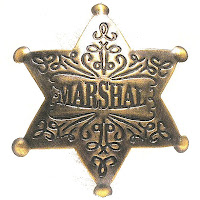 The lettering of this one is more central, but its a brass badge rather than white metal.

Cheaper at US$9.99, but the metal is the wrong colour 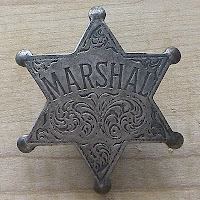 This one has a boarder, though the lettering is a bit higher. Overall I like this one, and ordered it today.

Email ThisBlogThis!Share to TwitterShare to FacebookShare to Pinterest
Labels: Stetson