Today a new copy of the Radio Times dropped through my letterbox (see left).

With Christmas coming soon, this was not actually next weeks issue (that arrived on Tuesday), but the one after, covering the 4th to 10th December.

Right at the very back is a preview of the following issue, being the week before Christmas itself (see right).

Part of the features in that will be inevitable coverage of the Doctor Who Christmas Special, and it’s accompanied by a nice festive portrait of Matt in costume.

As far as I am aware, this is one of the clearest photos I have seen to date, showing the refreshed costume (the paparazzi photo taken during filming were distant and blurred, and official stills to date have been equally unclear). 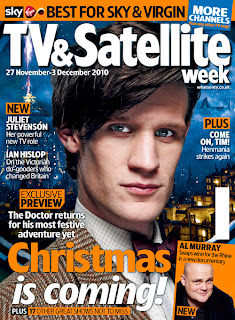 Anyway, no sooner had this great pic been published, a rival magazine, TV & Satellite Week, put Matt Smith on their front cover, showing the fabric detail of the jacket and shirt even better! (see left)

You can download a high res version of the cover here:
TV & Satellite Week

And while we are about it, being a steadfast Radio Times reader I have never given TV & Satellite Week a second glance, but they have run some cracking Doctor Who covers for the new series (see below). 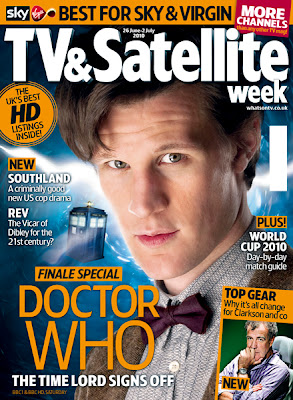 All the covers for these issues are using top resolution images, which have been somewhat enhanced with sharpness and contrast.

Some, like this one, look to have been un-nesecarily messed around with.

But if you look closer, it has the texture of the blue one – it has been retouched to burgundy – for no good reason whatsoever! 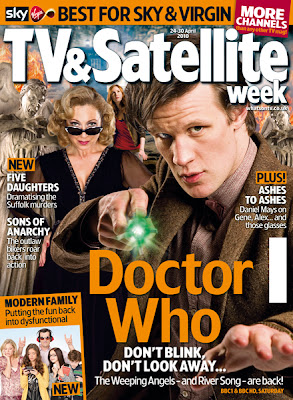 Though this is quite a nice shot of Matt in costume, it is not the correct image for this episode! (Time Of Angels, Flesh & Stone)

He is wearing the Donegal version, not the Mackenzie two-by-two dogstooth as actually seen. 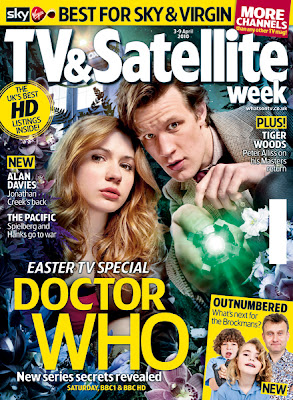 Another nice, if again somewhat over enhanced image.

This time he is wearing the Mackenzie two-by-two dogstooth jacket – but alas it is again not for this week’s episode (The Eleventh Hour). 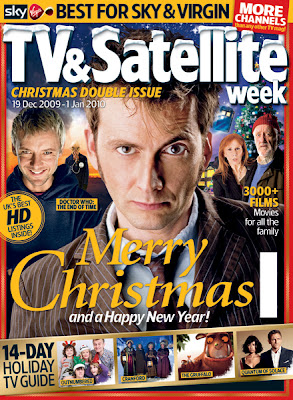 A nice shot of David Tennant – annoying that the text covers the tie otherwise we would have a really good detail shot of the pattern! 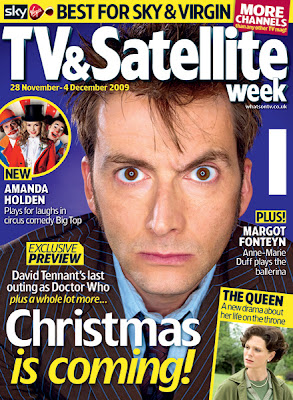 This is a good example of excessive post shoot manipulation.

The pinstripes on the suit have been played around with too much and are now a bit removed from their correct colour. The 19th December issue (see above) is a more accurate representation of their true hue. 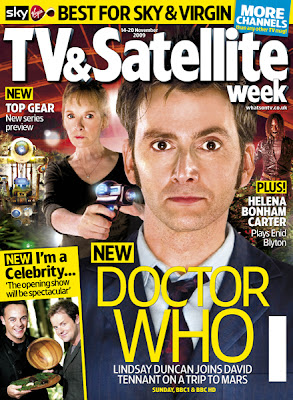 Again, pity (for us) about the placement of the text, otherwise we’d have another good reference picture for the tie! 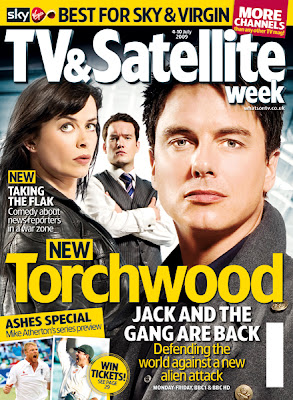 
Thought I would put these two Torchwood covers in as well, partly to share the nice detail of the buttons on Jack’s coat – but also to show the work John Barrowman has had done on his face! 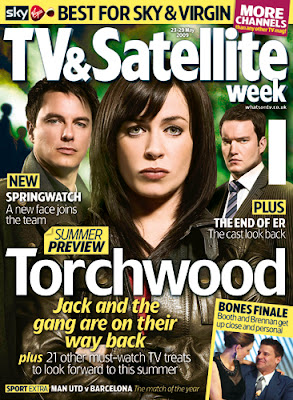 Jack’s face is way less retouched on this cover compared to the one above – but there has still been a lot of magic wand work done here! 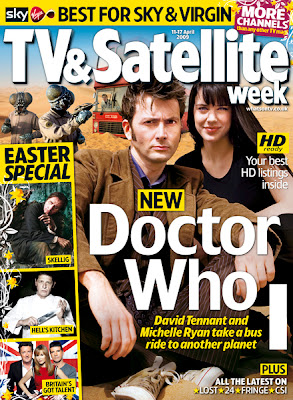 I get the feel not everything in this cover was together in the same place at the same time . . . 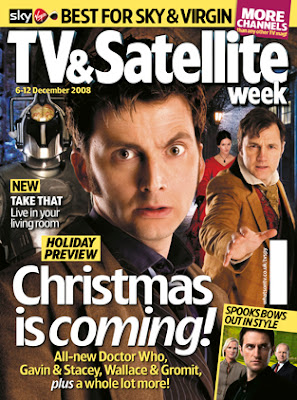 Quite a crowded cover this one. Only person missing is Rosetta. 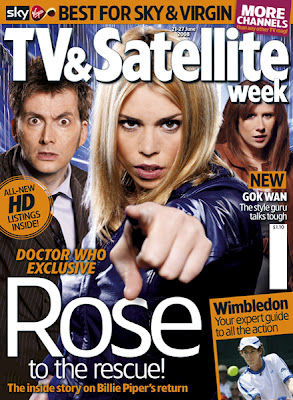 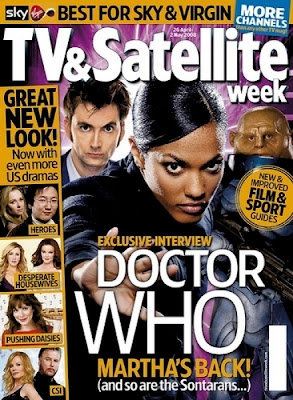 Posted by Steven Ricks Tailoring at 20:53