It’s Friday - so I’m back with another round of Fabric Friday.

I had forgotten I had this fabric when I was doing the original run of Fabric Fridays, so it got overlooked.

It’s about time I put things right and added to the collection.

Series 7b saw Matt Smith ’s wardrobe flourish from the relatively restrictive roster of a couple of tweed jackets, shirts and bow ties as worn at his series five debut to a plethora of shirts, bow ties and waistcoats.

Now he seemed to be wearing a new bow tie or shirt for every adventure, rarely wearing the same garment more than once.

One of the shirts that made a solo appearance was for the episode Hide. 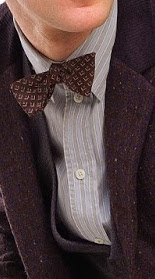 This was the first adventure to be filmed that had Clara as the Doctor’s companion, and was the first time he wore his brand new cashmere frock coat.

The first shirt worn with it was hand-made using cloth sourced from a well known London fabric store.

The cut of the shirt was very similar to the series six shirts, with a tabbed collar. 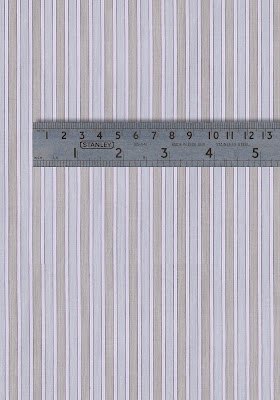 The fabric came from McCulloch & Wallis in Dearing Street, which runs south off Oxford Street near the John Lewis department store.

Earlier this year they relocated to Poland Street on the north side of Soho, much closer to all the other fabric stores from where a lot of the cloth for Doctor Who is sourced.

It is a lightweight and very soft cotton fabric, with the design woven as opposed to printed. 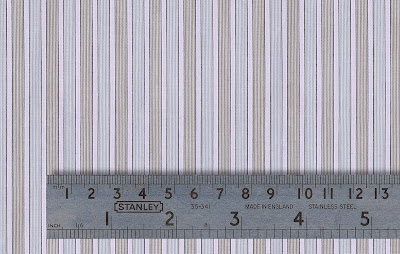 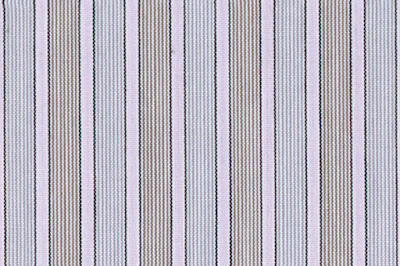 Posted by Steven Ricks Tailoring at 17:47