I’ve had a number of emails recently asking about the double Albert fob chain worn in The Snowmen and the subsequent episodes making up the latter half of series seven.

It has two chain loops, with a T-bar in the middle, from which hangs a medallion.

In The Snowmen it is silver; and for the episodes that follow it is a gilt colour.

It didn’t take me too long to track one down - on eBay - and here is the link to the seller I got it from. They seem to hold decent stock as it has been available for almost a year now. 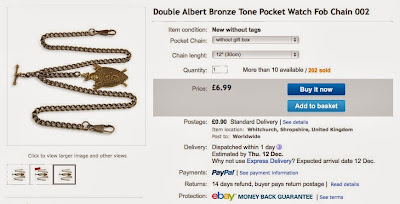 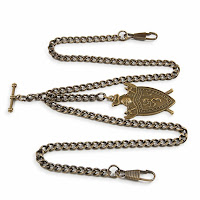 The chain comes in a bronze metal, which for me gives a more antiqued look.

There is an option to not have it boxed, saving yourself a little money too.

The medallion is a metal shield - but this is easily changed by your local jeweller who can swap it for a suitable round medallion. 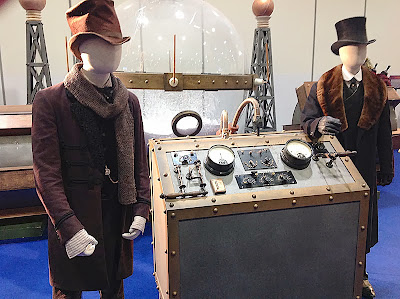 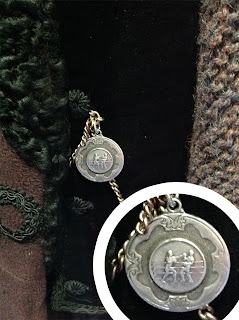 The costume from The Snowmen was on display at the 50th Anniversary Celebration, and it gave me a good chance to get a close-up look at the chain and medallion.

To my surprise it depicts a boxing match!

Does anyone know where this comes from?
Posted by Steven Ricks Tailoring at 14:43