After securing the very last piece of the Cashmere from the season 7b Frock Coat (see left), I have now managed to track down a piece of genuine Donegal tweed a-la the series five jacket. 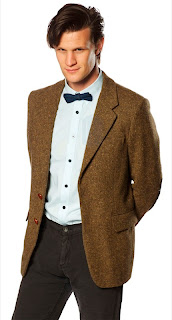 The original tweed jackets worn in series five were cut from two rolls of half-width hand woven Donegal tweed from W Bills in London and sold for around £40 a metre.

Once the supply had been exhausted, the weavers tried to match the fabric, but could not source the original yarn.
Since there are only two colours in the weave it meant the finished result would have been wildly out, so no attempt has been made to recreate this fabric. 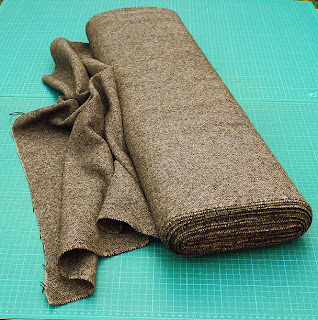 What I have found pre-dates the original weave and uses the correct colours, abet a different dyeing batch, but it is essentially exactly the same stuff.
Just like the screen used, this is half-width and hand woven - so a top quality fabric! 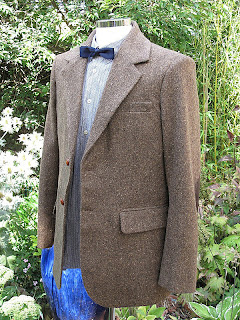 I have a good dozen metres, so enough to make three jackets (4 metres is needed for an average jacket up to chest 44 or so).

I am happy to sell this by the metre or as made up jackets, just like the Donegal I made a couple of years back (see right).

If you are interested in a the Donegal fabric by the metre or as a made-up bespoke jacket, please mail me at tennantcoat@me.com
and I can send you details. 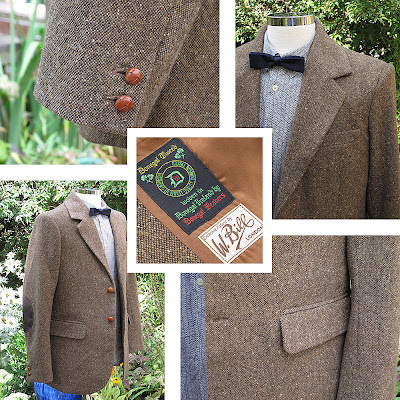 Posted by Steven Ricks Tailoring at 20:40