Just to show these things do still happen, there was a pair of AllSaints layer boots on eBay this week, though despite their 99p starting price, it looks like someone did an off-listing deal. 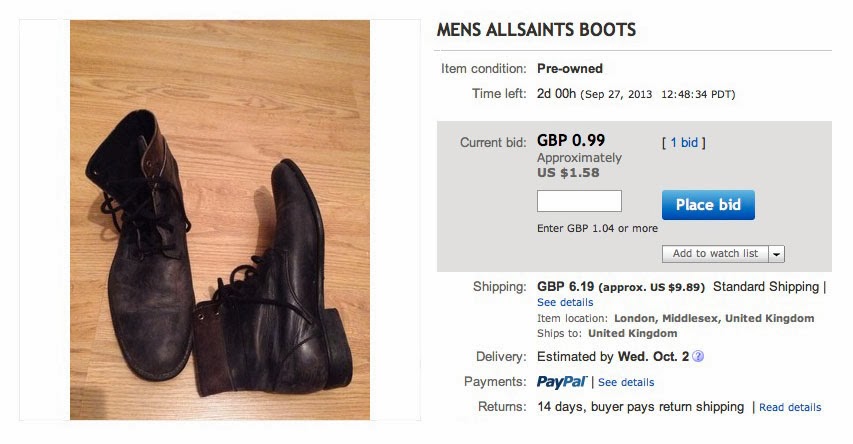 Have been worn but still good condition.
They naturally have that worn look which most Allsaints boots do 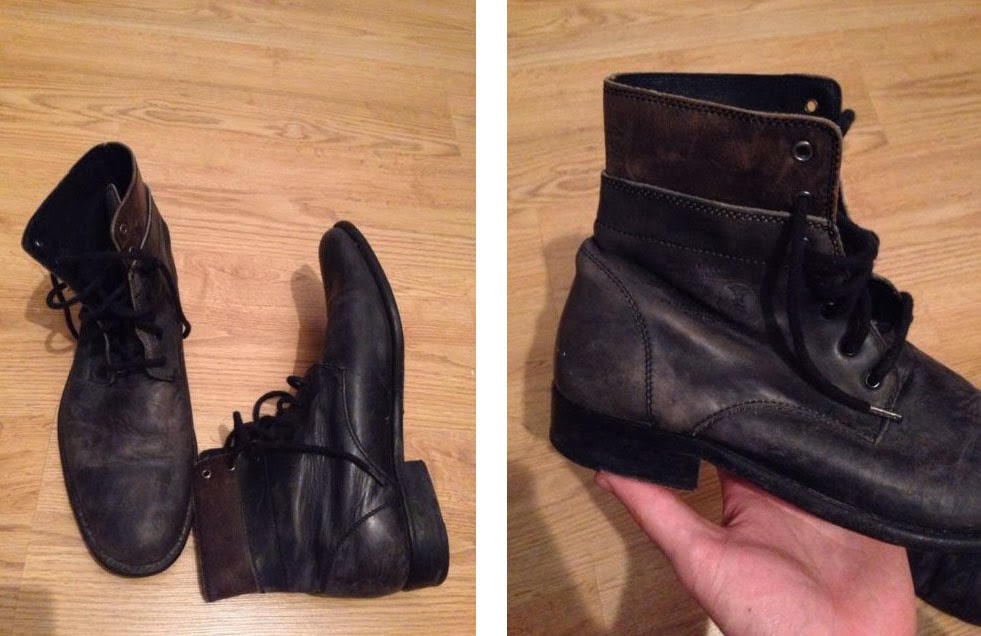 Posted by Steven Ricks Tailoring at 19:53

Email ThisBlogThis!Share to TwitterShare to FacebookShare to Pinterest
Labels: All Saints, Boots, eBay