Now this doesn’t happen to me often, but I won myself a competition! 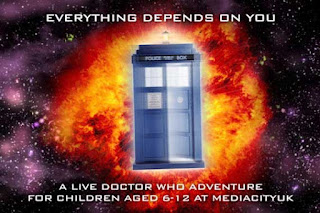 Last year I had read about the Punchdrunk production of The Crash of the Elysium a while back when it was on in Manchester in July 2011. I didn’t know too much about it, but described as an immersive theatre experience, it sounded intriguing. Only thing was, Manchester is a bit of a trek from where I live, so I didn’t go. It was also billed as an adventure for 6 to 12 year old. 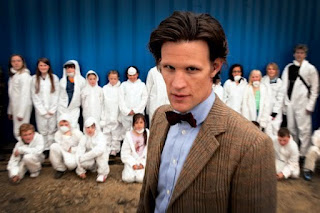 Its launch had a surprise visitor when The Doctor himself, Matt Smith turned up, and I read some favourable reviews of it, so in hindsight I felt I had missed out.

Well as part of the lead up to the London Olympics, there is a programme of cultural shows and productions across the UK, and The Crash Of The Elysium is being restaged at a theatre in Ipswich, still a fair way but reachable for me.


Ipswich Arts Festival
The Crash of the Elysium

I kept meaning to book tickets, but by the time I got around to it ALL the weekend performances were totally sold out and what tickets were left were for awkward weekday shows at odd times.

As it happened I was looking on the website of a convention I plan to go to in September and there was a competition to win tickets for the show, so I thought you can’t win if you don’t enter, and answered the simple question, entered my email address and thought nothing more of it . .. .  til today.

Ends up I won myself a pair of tickets to go! AND for a weekend performance - just like I would have chosen.


Expect a review of my trip shortly
after I see the show in mid June.

Posted by Steven Ricks Tailoring at 08:11

Email ThisBlogThis!Share to TwitterShare to FacebookShare to Pinterest
Labels: The Crash Of The Elysium